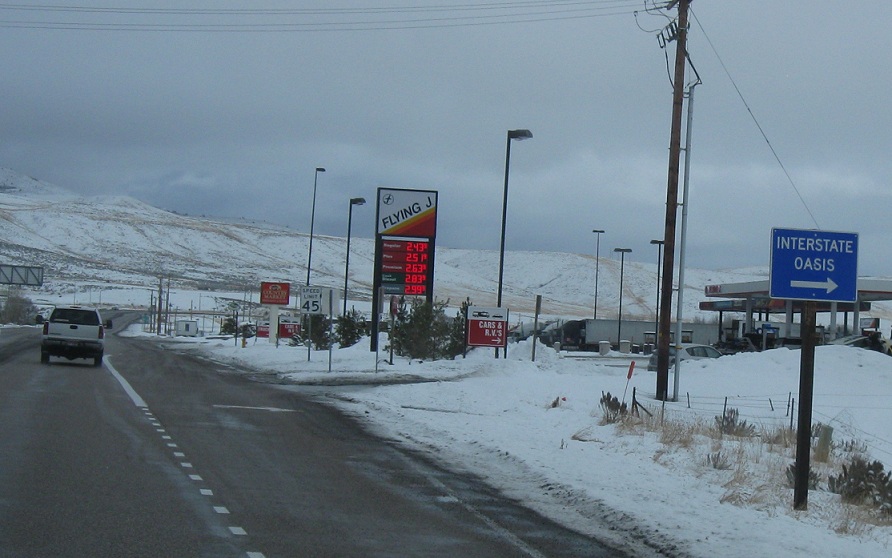 According to one of our E-reporters, the incident happened at a Flying J truck stop on East Saddle Back Drive in Lake Point, Utah, around 11:20 p.m. over the weekend. Local police reported that the two truck drivers were going after the same parking place. The two drivers both exited their trucks and exchanged words, then passengers from both trucks immediately joined the drivers and that’s when chaos struck. As the argument heated up, one of the passengers reached for a knife and stabbed the other passenger, leaving him with a 3-inch stab wound in his abdomen.

The suspect and his passenger left the scene driving a white semi truck with a flatbed hauling lumber, according to the sheriff’s office. The lumber was exposed and it appeared to be 2x4s.

Investigators say they have put word out to surrounding law enforcement agencies in hopes of locating the vehicle.

The victim is in serious condition. He was taken to the hospital but is not cooperating with police in the investigation into the incident. He is expected to survive.

After reviewing surveillance video from the Flying J, police say that they are looking for a white flatbed truck hauling lumber. They say that both the truck driver and the passenger are considered suspects. According to investigators, the driver of the victim described the suspects as white and possibly foreign nationals from Russia.

Anyone with information about the stabbing or the truck can call Tooele County Sheriff’s Office at 435-882-5600.