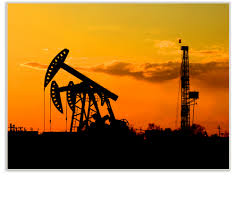 Pain At The Pumps

The price of oil is trading over $100 a barrel today backed by data showing a decline in U.S. supplies and the continuing conflict in Ukraine. Early afternoon in Europe markets, the benchmark U.S. crude contract for June delivery was up 60 cents to $100.10 a barrel in electronic trading on the New York Mercantile Exchange. The contract rose 2 cents yesterday.

Information from the American Petroleum Institute released late Tuesday showed a decline of 1.8 million barrels in U.S. crude stocks for last week, which might reflect increased demand. Traders are now looking to the benchmark Energy Department figures on U.S. crude stockpiles, due later Wednesday, to confirm or debunk the API’s data. None the less, it looks like we’ll all be paying more at the pumps.

The crisis in Russia is not helping oil prices either. Russia is a large oil and gas exporter. Despite diplomatic attempts by the United States, many fear Ukraine’s upcoming elections at the end of May. Oil prices began to increase shortly after the Russia/Ukraine crisis and have been rising ever since. Russian stocks did rally as the country pulled troops back from Ukraine’s border.

That leaves the question, what’s the outlook on oil prices? With summer approaching, it looks like we could be paying $4.00 a gallon at the pumps and that much more for diesel. With the Russia/Ukraine crisis showing no signs of stopping, it appears that it could be a long few months at the pumps.

Con-Way Driver Lucky To Be Alive