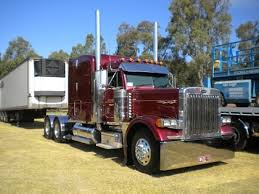 The American Trucking Associations announced that their tonnage index increased 1.5 percent in April. The American Trucking Associations’ advanced seasonally adjusted For-Hire Truck Tonnage Index increased 1.5% in April, after rising 0.6% the previous month. In April, the index equaled 129.1 (2000=100) versus 127.2 in March. The all-time high was in November 2013 (131.0).

The ATA tonnage index has increased 4.8 percent year-to-date, a solid sign that the trucking industry is picking up. The not seasonally adjusted index, which represents the change in tonnage actually hauled by the fleets before any seasonal adjustment, equaled 131.5 in April, which was 1.6% above the previous month (129.4).

“April was the third straight gain in tonnage totaling 4%,” said ATA Chief Economist Bob Costello. Tonnage is off 1.4% from the all-time high in November. “I’m pleased that tonnage has been making solid progress after falling a total of 5.2% in December and January,” he said. “And April’s nice gain was better than the contraction in industrial production and the lackluster retail sales during the same month.”

Trucking serves as a barometer of the U.S. economy, representing 68.5% of tonnage carried by all modes of domestic freight transportation, including manufactured and retail goods. Trucks hauled 9.4 billion tons of freight in 2012. Motor carriers collected $642.1 billion, or 80.7% of total revenue earned by all transport modes.

License Plate Readers For All Drivers?