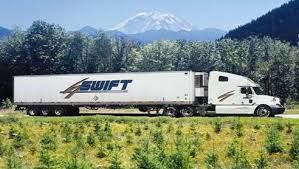 Swift’s board opposes changing the current capital structure because it says it promotes long-term stability and has existed since the company’s initial public offering in 2010. Dual class stock structures are not uncommon, but controversial, as shareholders hold equal economic interest but unequal voting rights.

“The inability of Swift’s board to rein in CEO Moyes from pledging tens of millions of shares of Swift Transportation stock as collateral for personal loans or hundreds of millions of dollars in related-party transactions between Swift and Moyes-controlled businesses has put investors at risk and raises serious questions about the true independence and effectiveness of the company’s directors,” said Ken Hall, General Secretary-Treasurer of the Teamsters Union. “We believe that at the core of the problem is Swift’s dual-class stock structure which gives disproportionate voting power and control to a single holder of a minority of the outstanding shares.”

CEO Jerry Moyes, along with family trusts and affiliates, own nearly 35 percent of the Class B and 2.2 percent of Class A shares. This allows Moyes majority voting control despite holding a minority of outstanding shares.