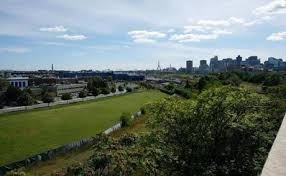 The Senate has scheduled a hearing to mark up its version of a bill to extend federal transportation funding beyond a scheduled September cut-off. The Senate Environment and Public Works Committee will unveil its highway bill on Monday, May 12, and vote on it the following Thursday, the Committee announced. The bill will propose a six-year highway program that maintains current financing and credit support and adds a strategic freight element to the Department of Transportation’s portfolio, but will not address the key funding issue – that is the province of the Senate Finance Committee – but EPW Chairman Barbara Boxer, D-Calif., has said she wants to keep funding at current levels plus inflation.

This highway bill provides the long-term funding certainty that states, cities, and businesses need while maintaining and improving the efficiency of the successful TIFIA program and establishing a formula-based freight program. TIFIA represents the Transportation Infrastructure Finance and Innovation Act, which provides federal assistance to significant projects.

This highway bill is important to us all. With the six-year term and keeping current spending levels plus inflation, it will also maintain important core programs, expand opportunities for rural areas, leverage local resources and federal grants currently in place.

Obama’s recommendation relies on using approximately $150 billion for a corporate tax reform proposal that is considered unlikely to become law this year. Some Democrats have pushed to increase the gas tax to approximately 33 cents per gallon, arguing that the fuel levy would be near that amount now if it had been indexed to inflation when it was last hiked in 1993. Once again, we’re all at the will of legislation. Perhaps we’ll get some things done in 2014.