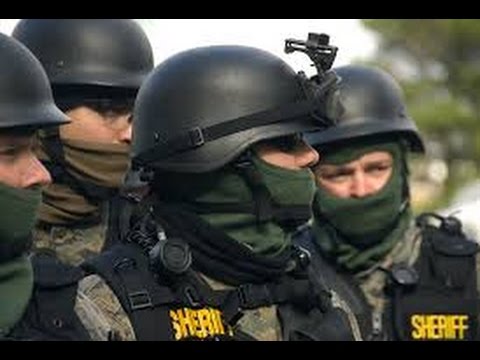 We’ve seen it in the movies at least a hundred times, law enforcement taking a vehicle to catch the bad guys. Ever wonder what happens to those vehicles that go through hell? Surely law enforcement would have to pay, right? After all, they really take the vehicle without permission. For one truck driver, this was his reality. Meet Craig Patty. The Drug Enforcement Agency commandeered his truck without permission. Patty’s truck was used in a drug sting gone bad. The results, Pattys’ truck was left with damage. Hell, the confidential informant that worked for the DEA was shot and killed in his truck.

Fast forward to now, Patty felt it was only right that the DEA be responsible for the damage. Remember, they took his truck without permission. Surely the good old American justice system would see in his favor. When the ruling came down, Patty was left in shocked. The Federal Court ruled in favor of the DEA, claiming that the agency is not responsible for the damage. To make matters worse, Patty couldn’t even get his insurance provider to help with the damages.

Fleet Owner caught up with driver Craig Patty. “I took the federal government to court and lost. They refused to pay for my truck that was shot up and damaged because of their operation which I knew nothing about.” He says that the insurance company wouldn’t pay for damages either because it involved a criminal action. “It’s in the fine print,” he says.

“Everybody is shocked at this kind of ruling [from the federal court] and just appalled that the government has the ability to use a private citizen’s personal property without their consent and that it can withstand judicial scrutiny,” says Patty’s co-counsel, attorney Fred Shepherd.

The story has since went viral and the general public is backing Craig Patty. “Yeah I heard about it. Imagine that, the DEA steals your truck, damages it and they walk away not responsible,” stated truck driver Sam Ross. “I’m glad I know now. I’ve lost a lot of respect for our justice system. We’ve seen some bad ones over the years, but this one takes the cake.”

What you don’t hear about in this case is the long list of lies and cons. It’s honestly a complex case. Steven Craig Patty formed a small trucking company back in July 2011 called “Craig Thomas Expeditors.” He purchased two Kenworth T600 trucks for his business and contracted two drivers. One of them was Lawrence Chapa, keep that name in mind. Patty didn’t know that Chapa had a long criminal history. When he checked on Chapa’s CDL, it was clean. He did a little research and found nothing. With access to records at our fingertips, if Chapa has a long rap sheet, surely Patty would be able to find something. His search yielded nothing so he hired him.

Chapa had only be driving for Patty for a little over a month. He was on his way back from a run in California when Patty received a phone call. According to sources, Chapa said he was having trouble with his truck. He told Patty that he had a friend in Houston and they had the part that was needed to fix the truck. This was during the Thanksgiving holiday. Patty agreed for Chapa to hold the truck, take it to Houston and get it fixed.

A few days later, Patty received a phone call from a friend that would forever change his life. He was told that his driver was shot in the head and killed over marijuana. Then the phone calls began, many from law enforcement, questioning Patty as if he was involved. The law told Patty that the truck was took to Mexico and the marijuana was loaded there. However, Patty knew better, he has GPS tracking on the truck.

Court records state that on November 21, 2011, DEA Task Force Officer Fernando Villasana, a Houston Police officer who was federally deputized called DEA agent Keith Jones to tell him that he was organizing a sting involving a confidential informant driver (Chapa) who was asked by someone in the Zeta drug cartel in Mexico to transport 1,800 pounds of marijuana from Rio Grande City, Texas to Houston. Villasana said that the driver had made up a story about having to get repairs done on the truck and that the owner knew nothing about the drug cargo.

Chapa stayed by the Mexican border, but he never crossed. He actually left the keys in the truck and someone else took it to be loaded. Initially, it was stated that 1,800 pounds of marijuana was to be loaded. However, the load was actually less than 300 pounds. Despite the huge difference, they continued with the sting. Chapa would have clear roads ahead as the DEA made sure of it 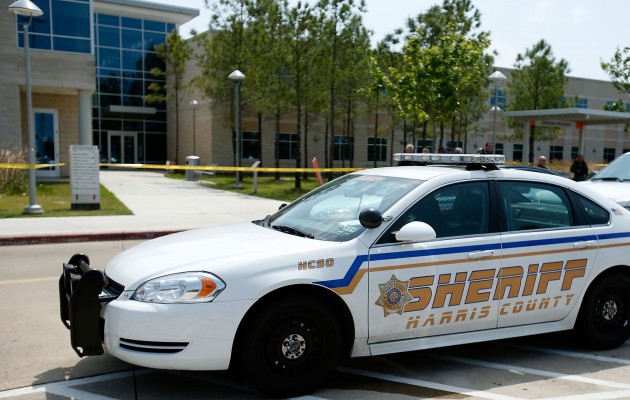 Chapa had trouble finding the drop off. He was trying to listen to the DEA, listen to a man named Martin Hernandez. I can only imagined how those final moments were before all hell broke loose. The men who were meeting Chapa for the drugs were not interested in buying the marijuana. They were going to steal it. Chapa was left alone for moments as even the DEA was having trouble keeping up. Then calm turned into storm as 3 SUVs with armed men stormed the truck. As they approach the truck, Chapa is told if he complies, he won’t be hurt. But an accidental gun shot to the roof of the truck sparks a turn of events. Chapa heads for the back of the cab, the men try to escape. The law hears the gunshots and they come out the woodwork. Shots are fired, one of the robbers is mowed down by a squad car. A school bus comes around the corner and is hit by a Harris County Sheriff car. No kids were on the bus.

Then a calm and quietness hits the Houston air. Chapa is still in the back of the cab, only lifeless. Chapa was shot 10 times.

Patty’s claims appear justified and rightful. Patty believes his damages include $133,532.10 in economic compensation to his truck and business as well as $1,483,532.10 in personal damages. He only had a two truck business, now he has a one truck business. He lost 50 percent of his business due to this.

Sure, Truckers Logic covers trucking industry news, but we’re a firm supporter in our truck drivers. We wouldn’t support a driver if he was wrong. But is Patty wrong? Court documents state that Patty’s claims are true. As an owner operator, I couldn’t imagine losing 50 percent of my business. On February 1, Patty’s case goes to the Fifth Circuit Court of Appeals in New Orleans. Patty’s lead attorney Andy Vickery will have 15 minutes to present his case and another five minutes for rebuttal.

Patty’s life has been turned upside down because of this. While he may never read this story, we want you to know that we support you. We’ll do everything in our power to share your story and see that justice is done. This is America for crying out loud, the man has been through enough. It’s time for the DEA to pay up.