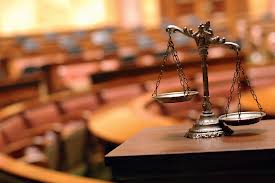 The Alliance for Safe, Efficient and Competitive Truck Transportation said June 17 its lawsuit against FMCSA and its Compliance, Safety, Accountability program had been dismissed. After 2 years, CSA is officially cleared.

The suit, brought in 2012, alleged that FMCSA had sidestepped the formal rulemaking process — on overstep of its power, ASECTT said — by implementing the Compliance, Safety, Accountability program’s Safety Measurement System, as the SMS ranks carriers on a numerical curve and ultimately produces a safety rating of sorts used by the agency.

ASECTT said the agency should have used the formal rulemaking and public comment process before implementing the SMS.

The D.C. Court of Appeals, however, “took FMCSA at its word,” ASECTT says, “that the guidance was not intended to transform SMS scores into a new safety rating system, nor to promote SMS as a better carrier-selection tool than safety ratings.”

The “practical result” of the decision is uncertainty on appropriate practices among brokers and shippers relative to the CSA SMS scores in carrier selection,

ASECTT argues that, “given the Agency’s continued touting of its seriously flawed SMS methodology and its misuse by Plaintiff’s bar to extend liability up the supply chain, the time has come for Congress to address the preemption issue and protect the shipping public against frivolous lawsuits aimed at making the shipping public responsible for the acts or omissions of their regulated motor carrier vendors.”

FMCSA has not yet responded to requests for comment.

Tracy Morgan And Others Not Wearing Seat Belts According To Walmart