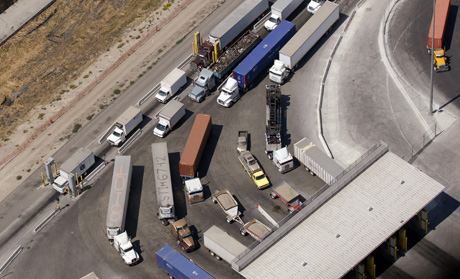 The Owner-Operator Independent Drivers Association asked FMCSA Acting Administrator, Scott Darling, to provide clarification regarding several concerns about the program’s failure to meet significant goals set by the FMCSA. There’s a lot of unanswered questions since the expiration of the cross border pilot program. Truck drivers are just waiting for answers.

“The data generated by the program clearly shows that the program should not be renewed or made permanent,” said Todd Spencer, Executive Vice-President. “What we would like to know is the agency’s plan going forward and we request that they be transparent about communications with Mexico and analysis of their data, or lack thereof.”

In the letter, OOIDA spells out a list of concerns about the validity of data collected during the program. FMCSA had initially said that 46 carriers would need to participate in the program and that at least 4,100 inspections would need to be conducted on those carriers in order for program data to be statistically valid. While more than 5,175 inspections occurred as of July 13, 2014, there have been only 13 program participants, out of more than 132,000 Mexican-domiciled carriers.

Also, two carriers alone have accounted for more than 81 percent of all inspections and 90 percent of all crossings, while only 5 percent of destinations traveled occurred outside the commercial border zone. The letter states that it is OOIDA’s view that because most of the inspection data collected comes from just a few carriers, the data is biased and does not accurately reflect the safety performance of trucks in the pilot, much less the broader Mexican truck fleet.

“Such a wide gap in enforcement action raises safety concerns in general, but especially about the program.”

When you hear these numbers, you can’t help but think that the cross border pilot program is inaccurate at best. These statistics are very alarming and a concern for the safety of others. OOIDA is rightly justified in asking the following questions below as we await a response from the FMCSA.

The letter also asks several questions to the Acting Administrator, among them:

The Owner-Operator Independent Drivers Association is the only national trade association representing the interests of all professional truck drivers and small-business trucking companies. OOIDA was established in 1973 in the greater Kansas City, Mo. area and has grown to nearly 150,000 active members nationwide.