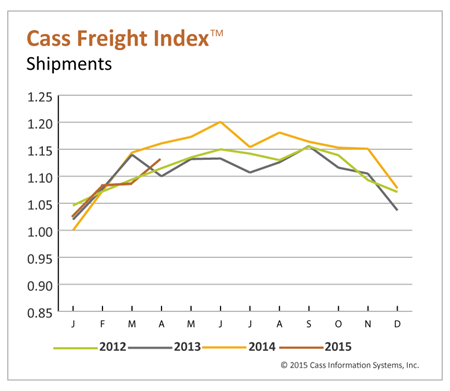 For the second straight month, shipping volumes by truck are down. We didn’t expect this after a strong 2014 that saw huge growth and profits, not to mention the falling diesel prices over the last year. We didn’t expect this because 10 billion tons were shipped by trucks in 2014. That accounts for 69 percent of the nation’s freight. The trucking industry is a major player in the U.S. economy and we could be on the way back down. 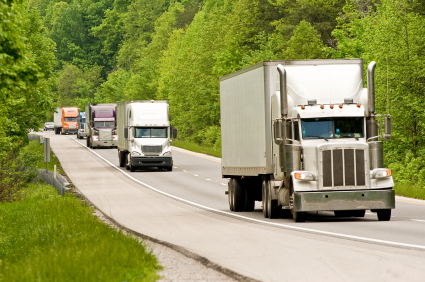 In April, spot rates for tractor-trailers began to drop. As you can imagine, this has triggered all kinds of analysis and opinions. But it could be an indicator for a variety of different things. This could actually represent that shippers are finding the capacity they need. Capacity is an important measure in trucking. U.S. trucking markets were reported to have shifted to rough equilibrium in the first stage of the year. And we know trucking companies are banking on capacity to cover their shorted drivers and loads.

The trucking industry is relying on capacity. The truck driver shortage has forced trucking companies to make up the difference with capacity. New proposed regulations are in place to give trucks an extra few feet to load more. It’s not like the industry isn’t trying, we have rulemaking to let young truck drivers now cross state borders.

2014 was one of the strongest years in the trucking industry since the recession. In some ways, 2014 was the perfect storm. I recall a terrible winter in 2013-2014. The winter months are often slow in the industry. Despite huge winter storms all over the country, the trucking industry was strong out the gates. Diesel prices were dropping, the lowest prices in many years. Truck drivers were making more money, more freight was being shipped by trucks. And many of us expected to see continued growth in 2015 and beyond.

It’s been a tough first quarter for the trucking industry, although it may not appear that way on paper. In fact, many trucking executives are saying the industry is stronger than ever. But is it really? Perhaps this is a fluke, perhaps the Cass Freight Index is going to finally take another approach after 25 years. Or maybe, we’re going to see a slow down in the U.S. economy and the trucking industry sooner than later.

I’m curious to see the data for May. We expect this to an extent in the first quarter, but we’re in the second quarter now. That’s a concern. And with everything else going on in the trucking industry, this could be the beginning of a long bumpy road ahead for the industry.

There’s still a number of factors that could play out in this, so I don’t want you jumping to conclusions just yet. For example, According to the GDP, businesses raised their inventory by $110 billion dollars. So it’s going to take a little time for this to even out. And it likely will. Companies can sell the inventory or order less. Both solutions and we’ll see how that plays out in the markets.

Other shippers are also seeing slower demand, such as the railroad. So the slow down isn’t just in the trucking industry, it’s affecting other means of transportation. Only time will tell how the trucking industry and U.S. economy will play out. We’re already seeing global markets affect the U.S. economy. The next few months will be important for both.

Updated As Of September 20th

We all know the market is re-correcting, we saw the market slide in August. But this was expected. We knew the correction was going to happen eventually. Better now than later in the year.

How To Start A Trucking Business