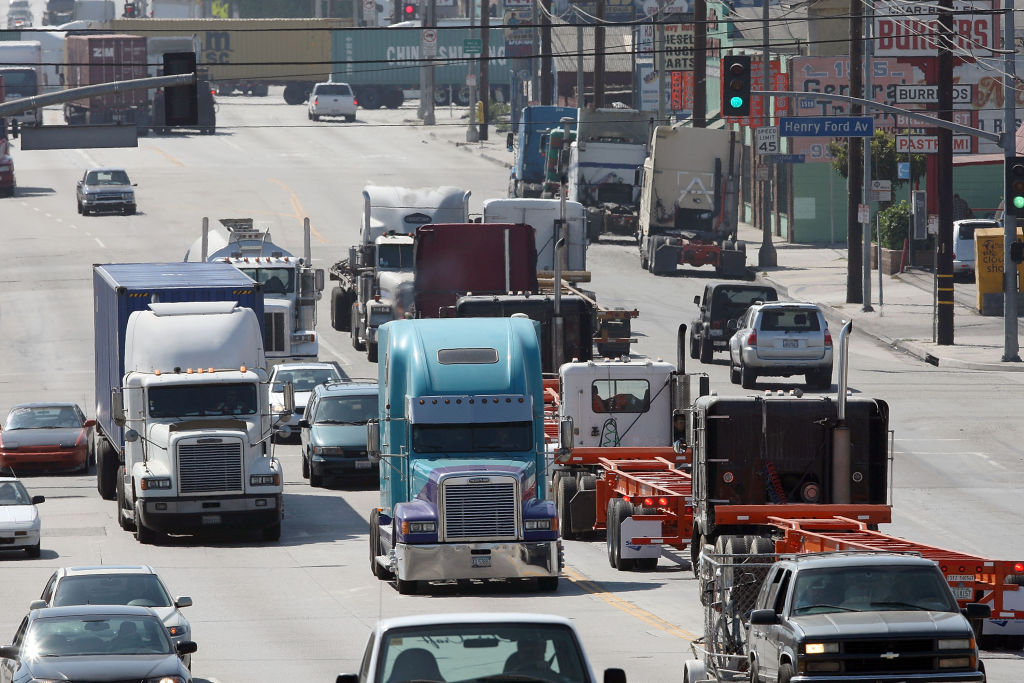 One of the largest ports in the United States is on strike again and wanting equal workers rights. Over 40 percent of all goods that come into the United States is brought in through the ports of Los Angeles and Long Beach. Some of the country’s biggest companies have warehouses in the port.

In July, drivers went on strike to protest the companies’ chronic unfair labor practices. After five days of picketing that dramatically impacted port operations and garnered international media attention, Los Angeles Mayor Eric Garcetti brokered a “cooling off” period that included an agreement by three trucking firms, which include Total Transportation Services (TTSI), Pacific 9 Transportation (Pac 9), and Green Fleet Systems — to accept all drivers back to work without retaliation. But the trucking companies went back on their pledge to Garcetti. They continued retaliating against drivers who have complained about unfair conditions and who want a stronger voice in their workplaces. They even fired several of the most outspoken truckers.

About 20,000 longshoreman at 29 West Coast ports, who have been working without a union contract since July 1, are poised to go on strike in a dispute with the shipping companies.

One trucking company that continues to be brought up is GFS, Green Fleet Systems. During the summer of 2013, the National Labor Relations Board (NLRB) issued a consolidated complaint alleging that GFS has committed more than 50 egregious labor law violations. In October, a Federal Judge issued an injunction against Green Fleet Systems, ordering the company to immediately re-hire two drivers who were fired illegally, and stop other illegal labor activities or face contempt of court. In January 2014, the courts found that GFS misclassified truck drivers Mateo Mares and Amilcar Cardona as independent contractors and then fired them for openly supporting GFS’ drivers’ efforts to unionize with the Teamsters and for refusing to withdraw their wage and hour claims for illegal deductions.

Despite all the rulings in favor of the port truck drivers, the companies within continue to mistreat truck drivers. Some of the L.A. Port truck drivers are getting paid very little. Others are mistreated and some have yet to get overtime worked in previous months. We’ll see how this one plays out in the courts also.