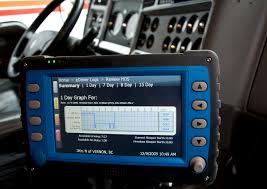 Electronic Logging Devices are now closer then ever and you can bet that E-Logs are going to hurt tens of thousands of truck drivers. The E-Log mandate cleared the White Houses’s Office of Management and Budget yesterday, on March 11th. With the mandate passed and officially clear, you’re going to see it published in the upcoming weeks.

“If they publish the E-Log mandate, I’ll find a new career. The DOT and OMB is going to ruin the trucking industry. If you don’t think that this won’t effect the economy, you’re a fool. Watch and see,” said one independent truck driver. Downtime has become a main topic for many drivers. What will Electronic Logging Devices mean for independent truck drivers? Small trucking businesses? Owner operators? Will E-Logs stunt the recent growth in the trucking industry?