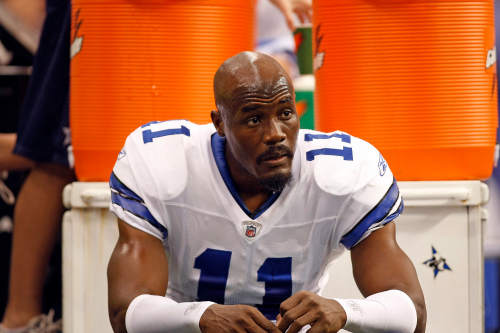 Two years ago, Williams decided to start his own trucking company. The company is called RDub Trucking and now has a fleet of 14 vehicles. Two years later, RDub Trucking is doing great and business has never been better. RDub Trucking hauls general freight, machinery, large freight, oilfield equipment, pipes and water. The company operates out of Midland, Texas.

Roy Williams was one of the best wide receivers in the NFL during the first four years that he played. He was never the same after he left Detroit but he was still effective. He spent years in Detroit and Dallas as receiver, one of the toughest wideouts to cover. Williams’ career ended much sooner then many would have thought, playing his last season in 2011 at the age of only 30.

Williams spent his first four seasons in Detroit where he quickly become a superstar wide receiver. He caught 28 touchdowns in those seasons and was traded to Dallas, only to come back a season later to Detroit. After only one season in the Motor City, he was traded back to Dallas for two more seasons. Williams spent his final year in Chicago and eventually called it quits.

Despite knowing nothing about the trucking industry, Williams is making a name for himself. He should be proud of his accomplishments and I know he is.