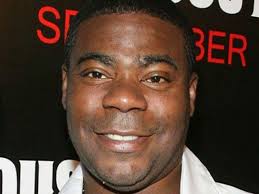 Months have went by since his accident but Tracy Morgan is still struggling after his accident. Tracy Morgan’s attorney on Monday said the comedian is “still struggling” with his health two months after breaking several bones in a deadly New Jersey highway crash that has renewed public attention to safety in the U.S. trucking industry. Due to Morgan’s accident and other high profile cases, more measurements and focus are on safety.

Tracy Morgan’s accident made headlines everywhere and brought heat to the U.S. trucking industry and Walmart. According to reports, Walmart truck driver Kevin Roper had been awake for more then 24 hours when his truck crashed into Morgan’s limo van. The accident killed comedian James McNair, also known as Jimmy Mack. Morgan broke his nose, leg and several ribs during the crash.

Tracy Morgan has filed a negligence lawsuit against Wal-Mart, the world’s largest retailer, alleging it knew or should have known that Roper had been awake for more than 24 hours before the crash and was not in compliance with U.S. trucking regulations. Roper pleaded not guilty to all charges. Walmart did make a statement and stated that they would take full responsibility if they are at fault for the incident.

Con-Way Driver Lucky To Be Alive