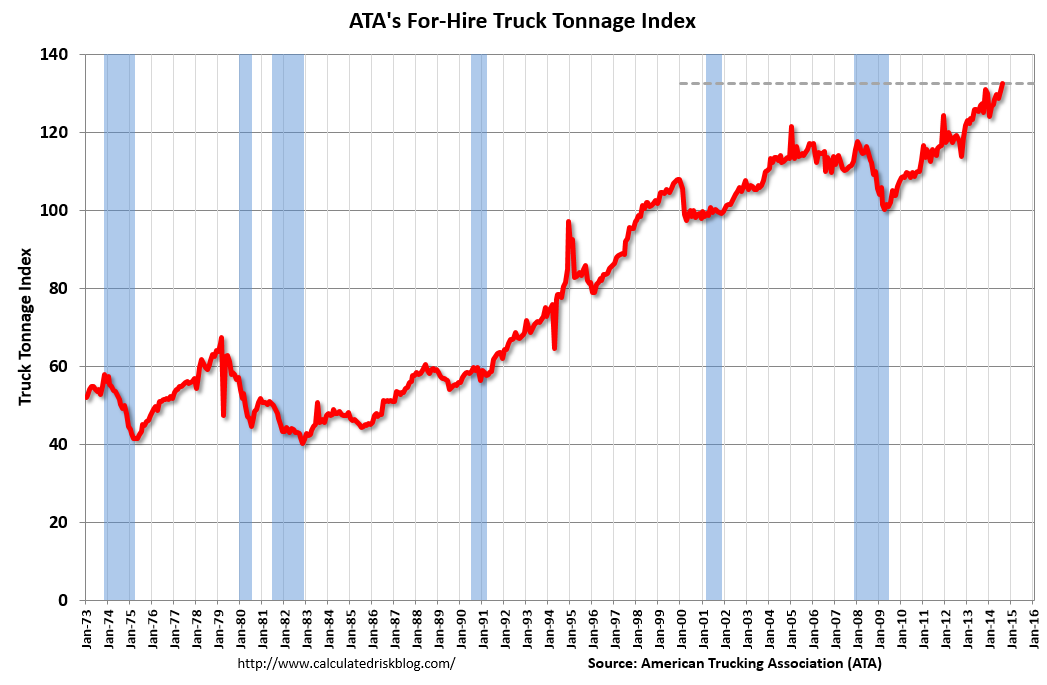 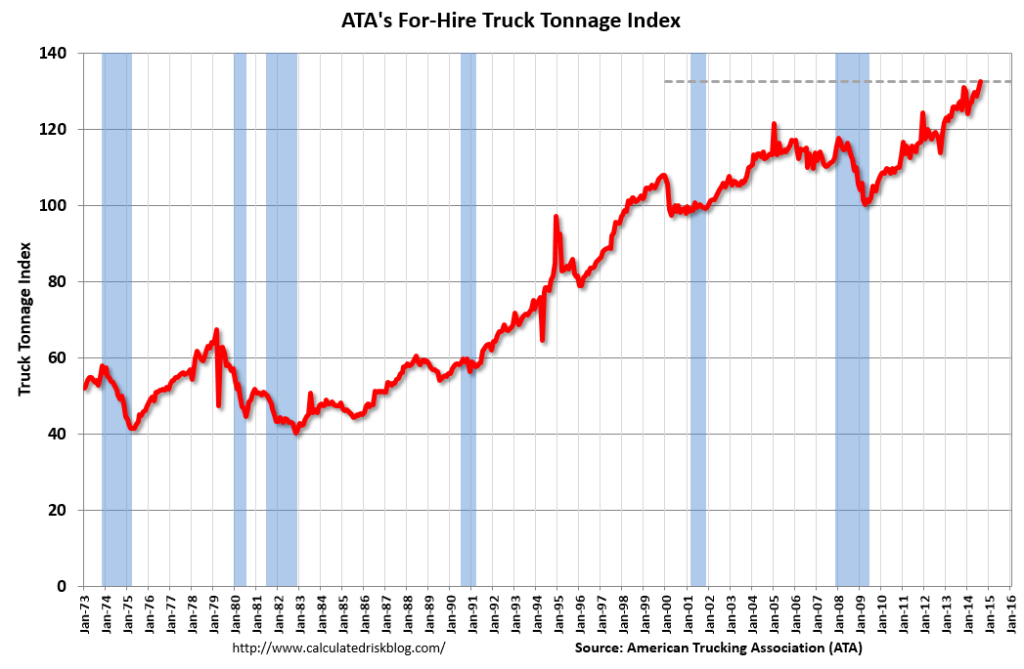 American Trucking Associations’ advanced seasonally adjusted For-Hire Truck Tonnage Index jumped 3.5% in November, following an increase of 0.5% during the previous month.  In November, the index equaled 136.8 (2000=100), which was the highest level on record.

Compared with November 2013, the SA index increased 4.4%, down slightly from October’s 4.5% increase but still was the second highest year-over-year gain in 2014. Year-to-date, compared with the same period last year, tonnage is up 3.3%.

The not seasonally adjusted index, which represents the change in tonnage actually hauled by the fleets before any seasonal adjustment, equaled 125.8 in November which was 10.5% below the previous month (140.5).

“With strong readings for both retail sales and factory output in November, I’m not surprised that tonnage increased as well,” said ATA Chief Economist Bob Costello. “However, the strength in tonnage did surprise to the upside.”

“The index has increased in four of the last five months for a total gain of 6.4%,” Costello said.  “Clearly, the economy is doing well with tonnage on such a robust trend-line.”

Trucking serves as a barometer of the U.S. economy, representing 69.1% of tonnage carried by all modes of domestic freight transportation, including manufactured and retail goods. Trucks hauled 9.7 billion tons of freight in 2013. Motor carriers collected $681.7 billion, or 81.2% of total revenue earned by all transport modes.

ATA calculates the tonnage index based on surveys from its membership and has been doing so since the 1970s. This is a preliminary figure and subject to change in the final report issued around the 10th day of the month. The report includes month-to-month and year-over-year results, relevant economic comparisons, and key financial indicators.