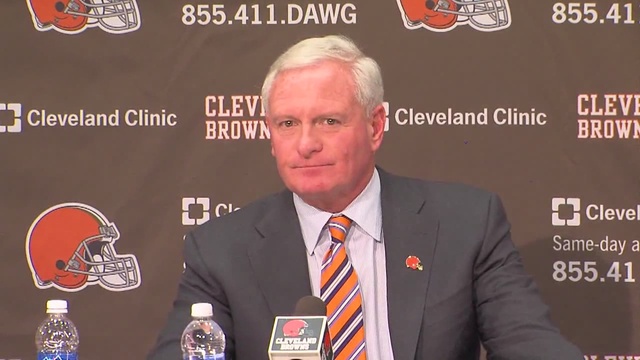 Jimmy Haslam Is On The Hot Seat

The court documents, in what is called a bill of particulars, said Haslam never intended for Pilot to honor its fuel rebate agreement with the trucking companies, and “each month, Pilot’s employees under Haslam’s direction and control manually adjusted and reduced the rebates that were due.”

A bill of particulars gives the detailed basis of claims made previously in a lawsuit against Pilot by the two trucking companies. Both companies opted out of a settlement Pilot made with a number of trucking firms. Those firms contended Pilot cheated them of rebate money.

Haslam has not been charged with any crimes in the federal probe at this time. However, we’ve already seen a total of 10 Pilot employees plead guilty to charges. The 10 are said to be cooperating with the on-going investigation.

Haslam has said he had no knowledge that employees were cheating customers. A Pilot spokesman told the Associated Press on Saturday that “Haslam has said from the beginning that he was unaware of any issues,and that he would get to the bottom of it and deal with any issues. And that continues to be his position.”

In July, Pilot agreed to pay $92 million in fines over the next two years in exchange for the company not being prosecuted by the government. Even so, charges can still be filed against individuals.

Friday’s filing by the two New Jersey trucking firms, Keystone and National Retail,  claims that they were defrauded by Pilot from 2004 to 2013, the year when federal agents raided Pilot’s headquarters in Knoxville, Tennessee. The filing does not give a figure for promised but unpaid rebates and discounts.

According to court records, trucking companies obtained discounts based on the number of gallons of diesel fuel purchased at Pilot Flying J travel centers, and were mailed rebate checks monthly by Pilot. But different travel centers offered different rebates, making it difficult for trucking firms to track figures.

The U.S. Economy And A Slowing Trucking Industry