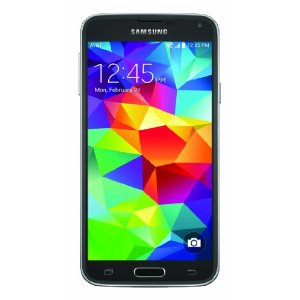 Whether you want to capture special moments with an innovative camera, watch movies on a high definition 5.1 inch screen with Super AMOLED display, or get the motivation needed to reach your fitness goals, the Samsung Galaxy S5 Smartphone is here for you with new features that completely redefine smartphones. The Samsung Galaxy S5 has several great features, both new and old. Some of these features include:• Fingerprint scanner• Heart rate monitor• Incredibly speedy internet via Verizon 4G LTE

If you’re looking for a new phone, the Galaxy S5 is one of the best smartphones available and will be your reliable companion for both work and play. The Samsung Galaxy Smartphone has a great picture with fast response times, high contrast, and rich colors as you watch movies like you never watched them before on a smartphone.

The Samsung Galaxy S5 has one of the most beautiful displays on the market. The perforated pattern on the back gives this phone a modern look that will be sure to impress. The plastic chassis has a beautifully textured rear panels that sports a soft touched dimpled pattern. Its removable back is a big improvement over its predecessor’s glossy rear and, in addition, is quite complementary to the subtle dot matrix-like styling that is on the front of the phone.

The Samsung Galaxy S5’s 16 megapixel camera has simple controls and the ability to capture split second action faster than its predecessor. It combines multiple modes so that you can apply a ton of enhancements to your photos like Eraser Mode which you can use to erase photo-bombers. In addition, its High Dynamic Range feature allows you to brighten pictures taken in low light so that you can take some pretty decent indoor photos.

Security is always a big deal when it comes to smartphones. The fingerprint identification feature helps keep your phone secure and has the ability to store up to three fingerprints. It is integrated into home button and is used to unlock the device and to sign into your Samsung account. This feature can also be used to make payments through PayPal.

The Samsung Galaxy S5 has an IP rating of 67 i.e. this tough smartphone is resistant to rain, sand, sweat, liquid and dust. It can even withstand a depth of to 1 meter (approx. 3 feet) for a period of 30 minutes. This means that you cannot go swimming with this phone, but that its handset can survive accidental dunks and splashes.

The Samsung S5 smartphone has an average battery life of approximately 8 hours. However, if you want to extend this time, the S5 has an Ultra Power Saving Mode that will stop all unnecessary apps and will you’re your screen black and white.

You can help you achieve your fitness with this new Galaxy smartphone in a number of ways. These include:• The ability to measure your pulse with the press of a finger with a built in Heart Rate Sensor• A pedometer• An app called S Health that displays the amount of calories burned, your speed, and duration of your workout.

The Samsung Galaxy GB smartphone has a powerful 2.5 GHz Snapdragon 801 processor with Areno 330 GPU and 2GB of RAM which combine seamlessly to deliver impressive performance. In addition, the Verizon S5 has superior Internet access; likely due to the ability to connect to the carriers LTEAWS network which greatly expands available bandwidth.

Get The Samsung Galaxy S5 Smartphone

Ebay Is Great For Truck Drivers