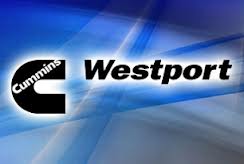 Cummins Westport is recalling 25,000 natural gas powered engines due to a potential defect that can cause exhaust temperatures to rise and possibly catch on fire. The engines being recalled by Cummins Westport includes engine models ISL G and ISX12 G. Both Cummins Inc. and Cummins Westport are involved in the recall.

Reports also state that Cummins will be halting the development of the ISX15 G Natural Gas Powered Engine due to uncertainty of the market and lack of infrastructure, the engine maker says. Reports noted that it’s possible that they will reevaluate marketing later in 2014. Cummins and Cummins Westport both say that ice in below-freezing temperatures could form in or near the intake manifold’s temperature and pressure sensor. This would cause the sensor to not work properly. The engine’s ECM could then improperly fuel the engine, causing increased exhaust temperatures and the potential for flames coming out of the exhaust pipe among other electronic issues. For the most part, this will only increase the chances for a misfire in the engine but not worth the risk of taking a chance if you own one of these engines.

This is a big blow to Cummins Inc. and Cummins Westport. The stock has already dropped nearly 3 percent to a share value of $143.00. The stock has been strong since its debut years ago. The Cummins stock has been very strong in the beginning of 2014 but some fear that this may stunt the growth of the stock.

If you do own one of these engines, you can call 1-800-343-7357 for more info. The recall number is C1462 for ISL G engines and C1461 for ISX12 G engines. The company will pay all charges and engine owners would get their replacement free of charge.