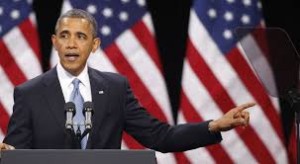 It’s been exactly three weeks since President Obama’s State of the Union Address. Since then, Obama has issued several executive orders, including Tuesday’s announcement that details his plans to toughen fuel standards for medium and heavy-duty vehicles in Upper Marlboro, Maryland, on Tuesday. Even so, many question if Obama will even follow through on his orders. This could be a big win for trucking companies and truck drivers. It would mean more money in everyone’s pockets, but will it go through?

Obama made an announcement today that his administration will begin developing the next phase of tighter fuel efficiency standards for medium and heavy-duty vehicles. Obama said that he’s directed the Environmental Protection Agency and Transportation Department’s National Highway Traffic Safety Administration to develop and issue new fuel-efficiency and greenhouse gas standards by March 31, 2016.

Although this is good news for all of us, I can’t help but wonder if this will go through or it’s just another broken promise by President Obama. In the end, this is going to benefit all drivers. Right now, truck MPG is fair at best. The order will have short and long term benefits for the trucking industry, great news for a continuously growing economy.