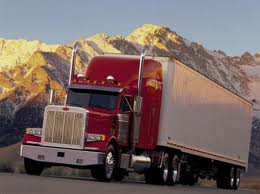 U.S. Factory Production saw an increase 0.8 percent in the month of February, giving us a clear sign that the economy is starting to rebound from the severe winter we’ve seen this season. The good news comes after a January decline in manufacturing that was the largest since May 2009. Total industrial production did rise by 0.6 percent according to the Federal Reserve.

We’ve seen winter storm after winter storm this season and this has affected thousands of deliveries over the past few months. Nowhere was this more apparent then in the month of January when we saw the 0.9 percent decline. The recent news is a good sign that we’re recovering from major delays due to January’s major snow storms that crippled the Northeast time and time again.

Demand continues to rise and was one of the few bright spots for the harsh January month. With demand continuing to climb, all signs point to a strong spring and summer for the entire industry. With the continued rise in demand, more trucking companies will be looking to fill positions for the increase in demand. Demand has been climbing for the past few months heading into what many experts think as a strong period of growth in the industry.

In related news, experts believe that the truck market will continue to grow well into 2015 and possibly longer. This is great news for both trucking companies and truck drivers. This is a great time to pick up extra hauls or even get into the trucking industry. It appears that we’re going to continue to see growth and that’s always a good thing.