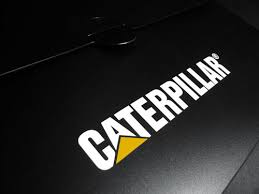 Up to 10 lawsuits have been filed against Caterpillar, stating that the company’s ACERT C13 and C15 engines were defective. The lawsuits also state that Caterpillar hid this information from owners and buyers. Complaints state that the engines in question were from 2007-2010.

The filed lawsuits blame Caterpillar’s emissions controls system. Plaintiffs say the company’s Caterpillar Regeneration System (consisting of a diesel particulate filter, after treatment regeneration device and an electronic control module) was defective, “causing the vehicle to not function as required under all operating conditions on a consistent and reliable basis, even after repeated emissions warranty repairs and replacements,” according to court documents.

Caterpillar filed a motion in March to have the cases consolidated and transferred to a U.S. District Court in Florida or New Jersey, arguing that consolidation would prevent duplicate proceedings, as the lawsuits center on the same allegations. We saw similar actions like this with Swift Transportation and their lawsuit. As of now, judges have not made a ruling. Caterpillar no longer makes this specific engine type.

Senate Highway Bill Due May 12th