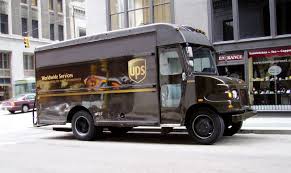 Queens, New York After walking off the job during a 90 minute protest back in February, 250 UPS drivers will now be terminated once their replacements are trained. According to reports, 20 UPS drivers were dismissed after their shifts on Monday and issued termination notices to 230 other UPS employees, all in relation to a walk-off back in February of this year. “The workers were protesting the dismissal of longtime employee and union activist Jairo Reyes, who was fired over an hours dispute,” according to UPS spokesman Steve Gaut.

The UPS ordeal has hit mainstream like a wave and the outcome for UPS has been extremely negative. We’re already seeing disputes and political power in play. Local politicians are threatening to cancel city contracts that give UPS millions of dollars in breaks on parking fines. No other politician was more vocal then New York City Councilman Jimmy van Bramer. “They took a grievance with one employee and turned it into notices of termination with 250 workers. That’s outrageous. These are good, hardworking employees who have a contract for UPS. To try and break this contract, break this union, is something that is unacceptable and we can’t tolerate,” Bramer stated in the Queens Courier.

UPS didn’t go down without firing back to Bramer’s comments. Again, spokesman Gaut had the honors. “UPS appreciates its business with the New York public offices. Ultimately if that business is reduced or eliminated, the result will be reduced need for UPS employees to serve the pick-up and delivery requirements of City offices, potentially impacting the livelihoods of the many local UPS employees that did not join in the illegal work stoppage.”

We hate to see anyone lose their driving job, losing a job period to be more accurate. That’s the risk you take when you walk out on strike, even for 90 minutes in this case. If it’s fact that UPS has a “no strike” policy in their contract and these drivers agreed to the contract, it’ll be hard for terminated UPS drivers to fight it. This is a great case and example why every driver should read their contracts and any other document that you put your John Hancock on.