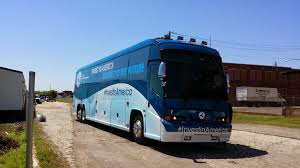 With the Highway Trust Fund on the brink, Department of Transportation Secretary, Anthony Foxx, continues to support President Obama’s $302 billion dollar plan to fund our nation’s highways. Foxx has been on tour the entire week, showing support for the highway bill and educating citizens about the Highway Trust Fund and its near collapse.

The Invest in America Tour concludes today in Dallas, Texas. Foxx continues to make others aware of the importance of the Highway Trust Fund and what it means for everyone. Foxx urged citizens that a short-term solution will not work this time and urged others to support Obama’s highway bill.

“Let me say this: We can come together as a country and do this. We’ve done this before,” he said. “By August or September we’re going to run out of money, and we can’t stop ourselves in our tracks,” Foxx said. “We can’t stop America from growing. That’s where the future is. So let’s figure it out and get to work.”

Surprisingly, Congress has passed 27 short-term measures in the past 5 years. And as you can clearly see, our nation’s infrastructure is crumbled. Highway roads are in the terrible. If you go out, there’s potholes everywhere. Roads are in desperate need of maintenance and there’s just no money or funds to get them fixed. State roads fair a little bit better but the Highway Trust Fund effects us all. We need something done now and it has to be a long-term solution. We need a long-term highway bill and need it approved immediately.

The only people benefiting from this is tire companies. Reports show record highs for busted tires due to flaws in our highways. Nobody can afford to buy new tires every time they hit the open roads. Truck drivers are livid with our highways. The trucking industry is the heart of our country. They deserve to travel on safe roads, everyone deserves to drive on safe roads. We need the support of everyone on this.

“The bottom line is we’re supporting a vision that is a four-year vision, not a three-month vision and not a six-month vision,” Fox stated. “Our plan is built off what’s remaining in the gas tax coupled with business tax reform…giving communities four years of complete certainty over how transportation is going to go.” Republicans announced an alternate proposal for $126.5 billion. Both parties are still far apart but their in the same area. Hopefully, the two can overlook 6 years of bad politics and blood to solve this important issue soon.

Another Short-Term Solution To Highway Bill