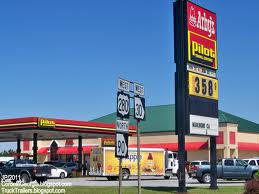 Pilot Flying J has been in the spotlight for a while now due to alleged fuel rebate withholding scheme. 7 lawsuits against Pilot Flying J has now been consolidated and transferred to a federal district court in Kentucky. Pilot filed a motion to consolidate the remaining 7 lawsuits and have them transferred to Pilot’s headquarters in Knoxville, Tennessee. Pilot argued that the consolidation would help them avoid duplicate proceedings.

Pilot was ordered to pay $85 million dollars back in November of 2013. According to sources, it is believed that all debts were paid. All companies listed were awarded the full amount and an extra 6 percent for interest and court cost. We do know that 50 companies opted out of the large civil suit. This is the same move that the 7 companies listed in this lawsuit took. This gives us reason to believe that other names could be listed soon.

Judge Amul R. Thapar will be presiding over the criminal investigation into the alleged actions against Pilot. Judge Thapar will also oversee the civil proceedings in district court as well. All hearings for the lawsuit will not take place in Kentucky. Some of the companies claimed that Pilot had been scaming fuel rebates for a decade. The Pilot lawsuit surfaced back in April of 2013, when Pilot was raided over the accusations.

It’s been a rough year for Pilot Flying J. April marks a year since the alleged reports surfaced. Already paying out $85 million dollars, we’re left to wonder how much more money will Flying J have to pay out. With more companies expected to join, we may see yet another multi-million dollar settlement that may reach the century mark.