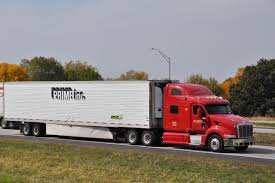 Missouri carrier Wil-Trans has bought assets of refrigerated carrier Jim Palmer Trucking and plans to refurbish that company’s fleet with new trucks, the company said. Wil-Trans, which is based in Stratford, Mo., has about 185 trucks of its own, and Palmer’s fleet has about 175 trucks, said Darrel Wilson, CEO of Wil-Trans.

This move, potentially saves some 300 jobs say Joe Kalafat, the company’s outgoing CEO.  Jim Palmer Trucking was almost closed in recent years, filing for bankruptcy protection in 2008. Jim Palmer was eventually purchased by a Chicago based firm.  However, Kalafat says the new owners didn’t have the financial ability to invest in the company in the way it needed.  According to Kalafat, this deal with Wil-Trans was key to keeping the business alive in Missoula.  Kalafat said, “They’re affiliated with Prime Incorporated.  Personnel will slightly be altered but that’s just part of the changing landscape of the industry.”  Kalafat added, “At this point I think they’re still evaluating who and what will they’ll need and how that’s all going to turn out.”

Kalafat didn’t say anything about layoffs, but he says there will be some changes.  Kalafat also mentioned that the company plans to expand by as much as 10 percent in the next year.  This could turn out to be a strong move by Wil-Trans. In a time where the industry is growing, you can’t ask for a better opportunity to grow. According to sources, Kalafat is expected to leave the company at the end of the transition period.

The Pro’s and Con’s of Truck Driving Schools