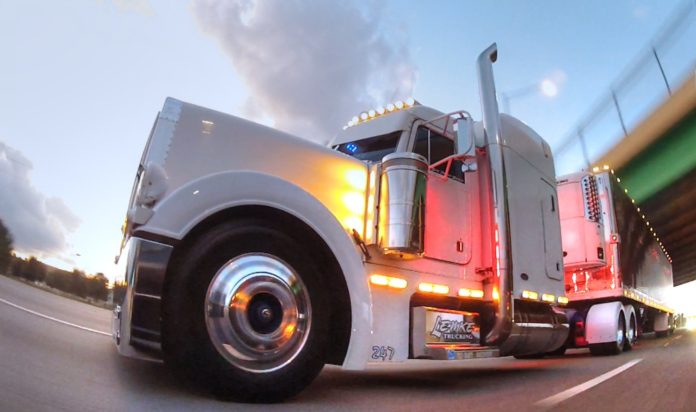 My first thoughts, this regulation will be passed. ATA and FMCSA don’t always agree, but this is something they’ve been agreeing on for many years.

Back in 2014, FMCSA was in favor of tracking alcohol and drug abusing truck drivers.

At the moment, all truck drivers are required to take a urine drug test under federal regulation by FMCSA. This specific regulation is for pre-employment screening for drugs and alcohol.

Now, 6 big trucking companies have come together for a common cause to get a new regulation passed that would require truck drivers to take a hair drug screen test. The 6 major carriers include;

Some trucking carriers already use hair drug screen testing. Because it’s not regulated, the main concern is that truck drivers that fail this type of drug test find jobs with other carriers that do not perform hair drug testing.

Tom DiSalvi has been in support of the proposed regulation and he’s the Vice President of Safety and Loss Prevention for the motor carrier Schneider.

“We believe everyone would agree there is no place for drug use in a safety-sensitive environment such as the trucking industry,” stated Tom DiSalvi. “As far back as 2008, Schneider was aware there were alternative routes to urinalysis – which only detects drug use in the prior few days – that might better identify drug users.”

DiSalvi, sharing the opinion of the other carriers, also concluded that “hair testing was in fact a viable alternative to urine testing and was more accurate in determining the habitual drug use of pre-employment applicants.”

There’s a big difference between urine drug test and hair drug test. Urine drug test can be compromised and it’s a proven fact that drugs do not stay in your system long when testing urine. Due to this, carriers don’t know if a truck driver has a drug problem or not. Hair drug test can accurately see what types of drugs drivers are using for a much longer duration, dating back months. That’s the biggest advantage of getting rid of the urine test and switching to the hair test, at least that’s what some think.

The notice of the companies’ exemption application originally posted to the Federal Register on January 19th. FMCSA will request public comment on the filing by February 21st.

If the exemption is approved, “individuals testing positive would not be allowed to perform safety-sensitive functions until the driver completes the return-to-duty process.”

Well, not everyone. We’re already seeing a big push back to adding the hair drug test for truck drivers. But why?

Scientist have also confirmed that dirty hair can also give false positive results.

Most trucking carries feel that if you’re not doing anything wrong, you shouldn’t be worried. That’s correct, I can see that view. However, some people feel this is pushing the boundaries.

Hair drug test also brings ethical questions as alcohol is legal, as long as you’re not drinking and driving. Some drivers don’t want to be labeled and feel that somehow, they’ll be forced to pay the extra cost. Hair drug test do cost a lot more than urine drug test, but that is dependent on what drugs are being searched for.

Bottom line drivers, be prepared for the regulation.

What do you think? Let us know! We always enjoy adding to the conversation.

Don’t forget to join us on Facebook for more. 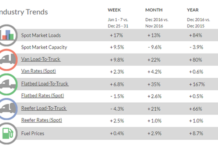