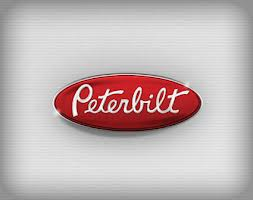 The Peterbilt Motors Company awarded Jackson Group Peterbilt in Salt Lake City its 2013 North American Dealer of the Year Award. Jackson Group Peterbilt was praised for its high levels of customer satisfaction and immense growth in medium and heavy truck sales, part sales, financing and leasing. The company has a brand new facility and is one of the largest trucking dealerships in the country. This is a big award in the trucking industry and Jackson Group Peterbilt deserved such a reward. Everyone at Truckers Logic would like to take this time to congratulate them for their efforts.

“In addition to investing in one of the industry’s most impressive dealerships, Blake and his team at Jackson Group Peterbilt have consistently and successfully set higher standards for customer satisfaction by embracing the full range of Peterbilt and Paccar products,” said Darrin Siver, Peterbilt general manager and Paccar vice president. “Jackson Group Peterbilt – Salt Lake City significantly grew its business in every key area while demonstrating the passion, dedication and investment that has helped define the Peterbilt brand for 75 years.”

The Peterbilt Store in Baltimore, Maryland, was named the 2013 Paccar MX-13 Engine Dealer of the Year. According to Peterbilt, the company demonstrated exceptional performance selling and supporting the MX-13 engine, which is available in heavy-duty Peterbilt trucks and tractors. Some feel that this was the award to win, others differ.

“Since its introduction, the Paccar MX-13 engine has been an industry leader for efficiency, reliability and performance. We’re pleased to offer this technologically advanced power option to customers and help them realize higher levels of fuel economy and cost savings,” said John Arscott, Dealer Principal of The Baltimore Peterbilt Store. “This award is an honor for all of our employees and recognition of their commitment to the MX-13 engine and to our customers.”

Also, Hunter Peterbilt in Lancaster was named TRP Dealer of the Year for its performance selling and supporting the all-makes, all-models line of TRP products.

“TRP products are a great fit for our customers’ trucks, buses and trailers across all makes and models,” said Jeffrey Hunter. “We’re proud to be recognized by Peterbilt for this award and pleased to able to offer our customers these high-quality, cost effective replacement parts for their equipment. I thank our entire team at Hunter for their hard work and dedication – day in and day out, they always put customer satisfaction first.”

Peterbilt also named its Parts & Service Dealer of the Year. Accepting that award was Martin’s Peterbilt of Eastern Kentucky.

“Martin’s Peterbilt of Eastern Kentucky has an excellent reputation for treating customers professionally and completing service work quickly and accurately,” said Siver. “They take advantage of all training opportunities – including for the Paccar MX-13 engine – and utilize Paccar Parts and TRP products to maximize customer uptime and minimize costs. Additionally, their operations are extremely efficient and they have an absorption rate well over 100 percent.”

Courtesy one of the Unwritten Rules of the Road

Do you get bored driving a truck all day?