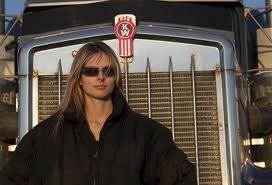 The U.S. Equal Employment Opportunity Commission sued New Prime Inc. over the practice back in 2011. The suit alleged that the policy limited women’s access to jobs or delayed women from being hired. New Prime tried to get the case dismissed prior but failed. In March of 2013, New Prime canceled their Women-Train-Women policy. New Prime started this policy in 2003 after a male truck driver was reported to sexually harass a women truck driver.