Welcome to the six installment of Big Rig Talk. I want to thank everyone for tuning in, for all the support and L-O-V-E. You’re making me blush. Kidding, seriously, kidding. Anyway, welcome to Truckers Logic and the Trucking Edge Network. Easter is almost here. Taking the kids out to hunt for eggs? The young ones love Easter. Great time of year. What’s on the run through list this week? To the board.

A powerful magnitude-7.2 earthquake shook central and southern Mexico on Friday, sending panicked people into the streets. Some walls cracked and fell, but there were no reports of major damage or casualties. I was shocked that the damage was limited on this. If you recall, this same region was hit by a earthquake in 1985 I believe. The 85 earthquake left over 9K men and women dead.

I know you had to hear about the lady throwing a shoe at Hilary Clinton in Las Vegas? Old girl still has some great reflexes. Good news, if you didn’t see the video, we have it for you folks. The most shocking aspect out of it all was the fact that it was a woman that threw the shoes. More then that, did you see the velocity on that pitch? She should have been signed after that throw.

Another school incident and we’re still not seeing anything being done in concerns with school safety. When is enough to enough? Surely we can make budget to cover the cost of having our children protected at school, right? I’m real curious about this subject, I’d like to hear your opinions about this. You’re a father, if you have children in school, are you worried? I know I am. I’ve been thinking a lot about home schooling.

Here’s a better question, what role is media playing in school violence? With so many social outlets and platforms, everyone these days wants to be a star. When tragic events like this happen, it is broadcasted on every major and local network. Are we to blame for this? Is the media making things worse? You be the judge, leave us a comment.

For our trucking crowd, you may have already heard about the Invest in America tour. Transportation Secretary Anthony Foxx made his final stop on the tour today in Dallas, Texas. Foxx and supporters were trying to bring support to the Highway Trust Fund and Obama’s new $300B+ proposal to bankroll our highways. Republicans countered with a $126B offer. Knowing how politics have been for the past 6 years, I don’t know if we’re going to see a long-term deal or not.

What’s your opinion on our highways? I know I’m not the only one that has seen our nation’s highways? If you ask me, it’s ridiculous. I’ve never seen the highways this bad. I’m talking about interstates, not rural back roads. I can only imagine what the back roads look like. Truckers Logic covered an article on the Invest in America tour. In the last 5 years, we’ve seen 27 short-term funds for our highways. Why the government can’t agree is beyond me. Busted tires recently? Axles? Control arms? Let us know!

Do we have any NBA fans in the crowd? The NBA playoffs will officially begin tomorrow. Who do you like? Will this be the year that Indiana can take down mighty Miami? Can anyone in the West stop the Heat? What’s your championship pick? Miami/San Antonio 2? Miami/OKC? Brooklyn swept Miami during the regular season, could they pull off an upset?

Please be sure to leave your comments. We want to hear from you. We’ll be going live, well “audio” pretty soon. We’re trying to catch up with technology first! In all seriousness, leave us a comment and support Big Rig Talk and Truckers Logic. If you missed any of our previous articles, here they are! Until next week, be safe, arrive alive and go “do you.” Peace. 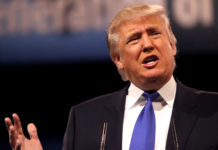