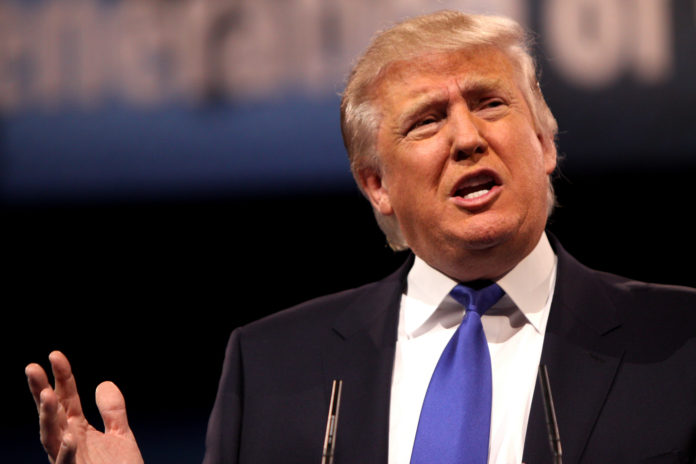 The famous 2016 Presidential Election will certainly go down as one of the toughest, hard-hitting elections in history, not to mention one of the most biased. I really doubt you’ll find a trucker (real trucker) along the paid protesters, but news flash, the election is over. Now, it’s time to start looking ahead and what President-Elect Donald J. Trump means for the trucking industry.

We’ve already seen the Trump Effect in the stock market, the DOW Jones in record territory well over 19,100 points. Is the trucking industry going to see the same boost? Here’s my thoughts.

President-Elect Trump spent a lot of time discussing working on our roads and infrastructures. Most of us already know the roads are in bad shape, bridges included. The big unknown, who pays for it? Likely, it would be the trucking industry. According to FTR Transportation Intelligence, the projects would likely be funded by fuel taxes or tolls.

The American Trucking Association is on record stating that they’re opposed to using tolls to pay for infrastructure projects. However, the trucking group does support raising fuel taxes. With the cost of fuel lower, this may be the route everyone agrees on.

The big key is going to be how Trump can work with democrats but more importantly, how we can work with his own party. The Republican Party were split on Trump for much of the presidential campaign. As Trump has won, we’re see a stronger united front. Plus, Republicans control the Senate and House. Even so, Republicans haven’t supported spending money on infrastructure, it’s the Democrats that support such projects.

Trucking regulations have been poured on the industry for the last 8 years of President Obama’s presidency, we could very well see a rollback on Obama’s regulations. I wouldn’t expect it right away as the President-Elect has bigger issues that need addressed first, but I think we’ll see Trump deal with it soon.

Another big question will be if President-Elect Trump can bring back the coal industry. If the coal industry can see less regulation and the energy policy favors coal, we can see more coal trucking jobs in the near future, not to mention bringing back the tens of thousands of coal miner that have lost their jobs.

Global trade is going to be one I watch closely. The last thing we need is a trade war. I think President-Elect Trump knows that. However, I do worry about the Republican Party fighting from within. It’s another area we’ll have to wait and watch.

Overall, I think it’s going to be positive for most of the industry. Trump is a businessman and that’s exactly what we need moving forward.

Guide to Tippers and Dropsides