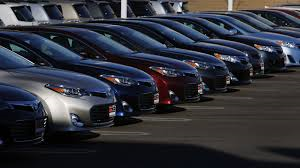 Eight dealerships in New Jersey owned by Carmelo and Ignazio Giuffre have reached a $1.8 million settlement with the New Jersey’s Division of Consumer Affairs.

The stores listed in the settlement are Route 22 Toyota, Route 22 Honda, Route 22 Nissan and Route 22 Kia, all in Hillside; Hackettstown Honda and Hudson Honda in West New York; Freehold Hyundai in Freehold and Freehold Chrysler-Jeep in South Freehold.

The Giuffres were involved in a similar settlement in 1999, agreeing to pay $450,000, including $250,000 as a compensatory fund for consumers. State investigators claim that the recent alleged actions of the dealerships violate the prior agreement.

“The consequences … are particularly appropriate in light of the fact that the owners of these dealerships allegedly violated an earlier settlement in which they had promised not to engage in such practices,” John Hoffman, New Jersey acting attorney general, said in a statement.

As part of the current settlement, the dealerships must provide restitution for or dispute the complaints, and hire a compliance monitor for two years at their own cost.

“Buying a new or used vehicle can be an intimidating process,” Steve Lee, acting director for the New Jersey Division of Consumer Affairs, said in a statement. “This settlement is intended to ensure that these dealerships will not again violate our laws or deceive potential customers.”

Rich Tauberman, a spokesman for the dealerships, wrote in an e-mail that the agreement to settle was a move to “avoid costly and prolonged litigation,” not an admission of guilt.

He added that the dealerships were focusing on the transition to a haggle-free sales model.

“The program redefines the car buying experience and puts a new focus on the consumer and ease of purchase,” Tauberman wrote. “The Route 22 dealerships are confident that offering every customer the same price based on independent and public, third-party data will promote transparency and alter the culture in automotive sales in a way that inspires greater consumer confidence.”