The Road Transport and Highways Minister, Mr. Nitin Gadkari during his conversation with media channels said, “We are working on a proposal to set up a separate transport staff, headed by separate secretary. Soon proposal will be sent to the Cabinet and Prime Minister.”
Gadkari said the step is taken to restructure the motor vehicles related issues and other sorts issues related to motor body specifications, fuel technology, fuel emissions and among various other portions. 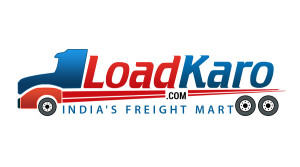 “He said that, it’s a vast area, and to bring the immediate development to this sector, we need to chart a road map. The idea is also to eliminate the corruption and to make the Ministry and departments apparent by completing the tasks with the given time frame.

Minister also pointed out that it was quite essential to streamline these issues to enlighten the gargantuan tasks of standardizing the vehicles and ensuring the obedience of emission norms.
He also pointed out that, streamlining these issues was essential in the wake of the mammoth task of regularizing vehicles and ensuring compliance of emission norms.

According to the Society of Indian Automobile Manufactures, in April-March 2015, the industry has manufactured a total 23,366,246 of vehicles which is 8.68 per cent higher as against 21,500,165 in April 2014. This separate department will ensure the quick development of the sector and make sure that the vehicle emanations norms are obeyed with. As seen on the timeline of Auto Fuel Policy, BS IV is to be approved across countryside by 2017 where BS V by 2020, BS VI by 2024, in that order.

As you can find transporters in Delhi and other states at the huge quantity, it leads to a lot of pollution and thus the ministry has recommended the automobile manufactures to comply with the advanced vehicle norms to minimize the pollution.

To protect the country with toxic population, government recently came up with the policy of endowing financial incentive of up to Rs. 1.5 Lakh for surrendering their old vehicles that are above 10 years old. This elimination of old vehicle will ease a lot of traffic. Though the proposal regarding this is under formulation, government will soon look at it.

Gadkari said that there’s an urgent requirement of salvaging the 10 years old vehicles running on the roads with old technology, since they produce heavy pollution, updating them with the new technology will go far away and support in a unique manner. Mr. Gadkari has urged to the manufacturers to build Euro 6 compliant vehicles on the earlier basis by seeing the pollution as a major concern for India.