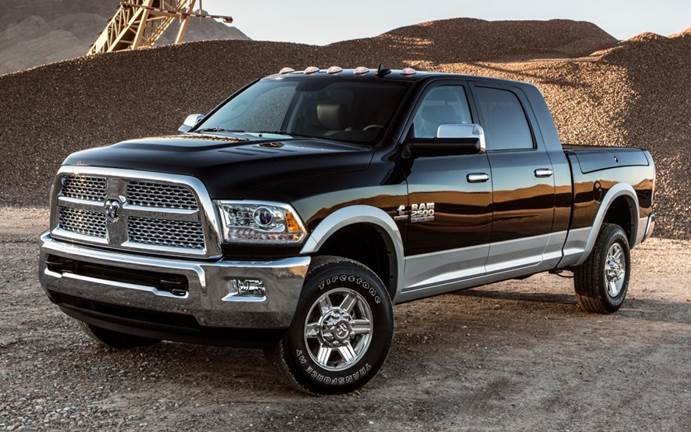 The Dodge Diesel Starter works with a twelve-volt and high amps electrical system, whose main function is to turn the engine over and start it with the help of a flywheel. Essentially, this starter comes with an electric motor with a special assembly consisting of a tiny pinion gear and bendix assemblage. The latter extends and also meshes with the teeth of the flywheel whenever the ignition key is turned to its crank position. When you release the ignition key the starter retracts once the engine is fired up.

There is also a starter solenoid, which doubles up as the power switch when starting the starter action. Since the starter makes use of high amps, an ordinary switch would easily short circuit, which is why the solenoid is placed on the starter motor.

The Dodge Diesel Starter is located beneath the vehicle close to the flywheel, which in turn is placed in between the transmission and the engine. As soon as you position the starter to the crank position, a low voltage signal travels to the security system. If everything is OK with the safety system, then a signal is sent to the solenoid, which then brings into play the high amps and engages the starter motor.

After the starter motor is engaged, the bendix gets a feel that there is momentum in the armature and will then extend the flywheel. This starts the engine and releases the bendix, which then returns to its original position.

It is important to understand that the starter motor only works when it is fed the right voltage. If you hear a quick clicking type sound when you crank up the motor, it shows that the starter is not getting the right voltage. This causes the starter motor to first engage and then disengage quickly resulting in the quick clicking type sound that is heard under these conditions. This problem can be fixed by either inspecting the battery or by replacing it, if required.

Starter drag is a common problem associated with the Dodge diesel starter. It occurs because of a failure of the start motor rolling bearing. Another common problem that is noticed with this starter is when the starter motor starts to grind when you crank it up. This problem is caused when the bendix or the flywheel has degraded and worn out. It results in a failure of the gears meshing and that is what causes the grinding sound.

Sometimes, the Dodge Diesel starter makes a clunking or banging noise. This condition arises whenever the starter works OK but the engine fails to turn over. There are several reasons why the engine fails including a head gasket that has blown. The condition can also be caused by a failed crankshaft and by failure of the intake-exhaust valve. In some cases, the condition arises because the pistons have failed. Normally, it is necessary to change the Dodge diesel starter after about sixty thousand to one hundred thousand miles. A well functioning starter will make the engine rotate at between eighty-five and one hundred and fifty RPMs.

Larry Buck is the CEO and the Founder of Larry Buck Inc, a auto/truck parts and accessories selling company. He is an Automotive fanatic, Dodge Cars specialist and has been in the industry for the past 5 years. He shares new, exiting and informative discoveries found by surfing the net. You can also follow him on Facebook.

General Motors Co To Spend $2.8B In Brazil Over The Next...