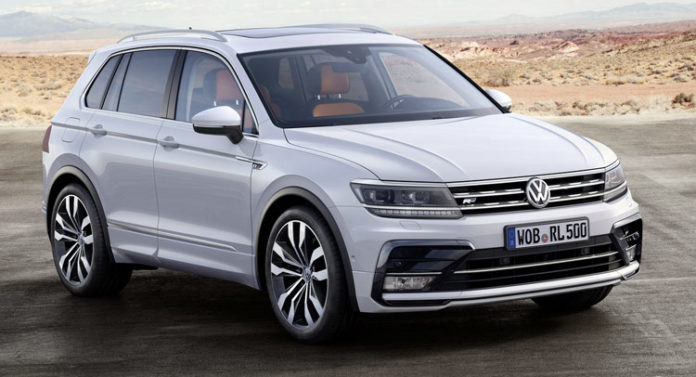 Volkswagen Tiguan or Skoda Kodia – Which SUV has the potential to become your next buy? We find it out here!

The year 2017 is going to be a year of SUVs in India. With so many new SUVs lined up for Indian launch, and many due for face-lift and upgrades, the year is going to be rocking for the SUV lovers. The Isuzu MU-X, Jeep Compass, Volkswagen Tiguan and now the Skoda Kodiaq, its SUVs raining in India. And with the existing players like Toyota Fortuner and Ford Endeavor, the battle is going to be tougher.

The Volkswagen Tiguan and Skoda Kodiaq are going to be launched very soon in India. Both VW and Skoda have started accepting the bookings for their upcoming SUVs, and have already initiated a war in the SUV segment.

Here, we are going to compare the Volkswagen Tiguan and Skoda Kodiaq to find out which SUV outshines the other in every aspect.

The Volkswagen Tiguan is the first SUV from the company which is based on the flexible MQB platform. The sporty exterior design is supported by newly-designed halogen head-lamps, three-slat grille on the front and the bumper which also carries a grille, giving it a promising look.

Overall, the exterior look, design and aesthetics of VW Tiguan are well-proportioned and planned. There is nothing extra-ordinary, catchy or sharp. The hood is placed high and gives it a strong presence on the road. The rear although isn’t flashy. Other features to be noticed on the exterior are LED DRLs, LED tail-lamps, roof rails and 17-inch alloy wheels.

On the front, there is Skoda’s ‘butterfly’ grille between the full-LED headlamps, which look good. Skoda Kodiaq’s chin is wide with the all-new designed bumpers and the fog lamps placed very cleanly on it. The rear design of Skoda Kodiaq is attractive too. There is a neatly surfaced tailgate, sharp tail-lamps and stylish bumper giving the rear an impressive look.

Thanks to the MQB platform, the VW Tiguan has got enough space on the inside for passenger’s comfort. The cabin is roomy and spacious too. Talking about the features and design, VW has left no stone unturned in this segment. The VW Tiguan sports one of the best cabins, which we never saw in a VW car in India. It looks inspired from a modern Audi having high-tech entertainment and convenience features.

The fully digital instrument cluster shows up essential info like the fuel level, engine speed, speed and the odo. The same can also be turned into a satellite navigation screen if required. The materials used on the dashboard and other places are of German grade and give this SUV a premium tag. There is ample of space everywhere and you won’t complaint about the comfort this SUV offers.

The Skoda Kodiaq is a perfect package of a spacious SUV coupled with technology, space, safety, comfort, convenience and luxury, all packed together at a very competitive price. Just like the VW Tiguan, the Skoda Kodiaq also sports a spacious and roomy cabin. There is enough knee room, leg room and headroom, which won’t be a problem even for a tall or fat passenger. India will get an seven-seater Kodiaq, and not the five-seater variant.

The interior design and layout design gives this SUV a premium and luxurious touch. However, the low quality materials and plastics used around is not of rich quality, and may disappoint you. The tall vertical AC vents on the well-planned dashboard looks good. However, Skoda Kodiaq’s interiors lag behind when compared to VW Tiguan.

The Volkswagen Tiguan gets an eight-inch touch-screen infotainment system offering smartphone connectivity and a lot more. Other convenience features included on VW Tiguan are cruise control, electric mirrors, electric seats, automatic climate control and more. For safety, it gets ABS and multiple airbags as a standard feature.

The Skoda Kodiaq also gets an eight-inch all touch-screen infotainment system, minimizing the use of physical buttons. It also supports Apple CarPlay and Android Auto connectivity. Other features on the Skoda Kodiaq include Qi wireless charging, powered tailgate, park assist, adaptive cruise control, massive sunroof, blind-spot warning, on board WiFi hotspot and much more.

The Volkswagen Tiguan will be launched with only one engine option as of now. It would be a 2.0-litre diesel engine which would churn out 147bhp of power with a maximum torque of 340NM. This engine would be coupled with a seven-speed DSG gearbox.

The Skoda Kodiaq will be launched with two engine option; petrol and diesel. The petrol Kodiaq will be powered by a 2.0-litre, 4 cylinder turbocharged engine that produces 175bhp of power and a maximum torque of 320NM. On the other hand, the 2.0-litre, turbocharged diesel engine produces power in two states – 187bhp power and 400NM of torque and 147bhp power and 340NM of torque. The engine will be coupled with a seven-speed DSG automatic transmission with all-wheel-drive system as a standard feature. 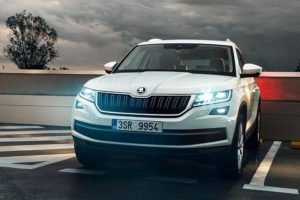 The Volkswagen Tiguan will be assembled locally at the VW’s Aurangabad plant, thus reducing the cost. It is expected to be priced between Rs.32-35 lacs (ex-showroom), making it a fair deal.

As of now, there is no official confirmation about the price of Skoda Kodiaq in India. It is expected to be launched between Rs.30-35 lacs (ex-showroom), which is again an interesting deal.

Volkswagen Tiguan or Skoda Kodiaq, which SUV looks more promising to you? Share your thoughts and comments on these SUVs in the section given below. Happy & Safe Driving!