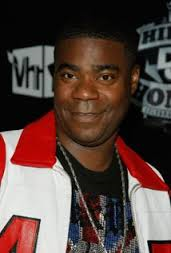 In responding to a lawsuit filed by actor/comedian Tracy Morgan, Wal-Mart says it is sorry one of its trucks was involved in the New Jersey accident that killed one and injured Morgan and two other comedians, and is “committed to doing the right thing for all involved.”

Comedian James McNair, 62, died in the June 7 crash on the New Jersey Turnpike. Fellow comedians Ardley Fuqua and Jeffrey Millea were injured along with Morgan, known for his work on NBC’s “Saturday Night Live” and “30 Rock.” Fuqua, Millea and Millea’s wife, Krista, are also named as plaintiffs in Morgan’s suit.

“This has been a terrible tragedy. We wish Mr. Morgan, Mr. Fuqua Jr., and Mr. Millea full recoveries,” Wal-Mart said in a statement. “Our thoughts continue to go out to them, their families and friends, as well as to the families and friends of everyone involved, including Mr. McNair who lost his life. We are deeply sorry that one of our trucks was involved. As we’ve said, we’re cooperating fully in the ongoing investigation. We know it will take some time to resolve all of the remaining issues as a result of the accident, but we’re committed to doing the right thing for all involved.”

In the suit, filed July 10 in the U.S. District Court in New Jersey, Wal-Mart is accused of negligence, alleging that the truck driven by Kevin Roper, 35, of Jonesboro, Ga., was equipped with a collision-avoidance system that failed to automatically brake before the crash. The lawsuit charges that Wal-Mart either knew about or should have known about the malfunctioning equipment, and knew or should have known Roper was awake for over 24 hours prior to the crash.

“Based on the investigation we have complete thus far, we feel we have a very strong case against Wal-Mart,” said Morgan’s attorney, Benedict P. Morelli, in a statement reported by NBC Philadelphia.

The tragic accident became a rallying point on Capitol Hill for some who opposed a roll-back on the trucking industry’s hours-of-service rule. That effort ended on June 19 when Senate Majority Leader Harry Reid (D-Nev.) pulled a comprehensive spending bill and the HOS amendment from the floor June 19 over procedural objections raised by members in the minority.