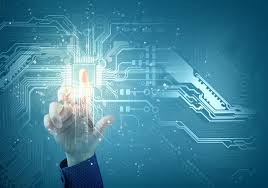 Black Dog, the Smokey & The Bandit series, and Larger Than Life are just a few of Hollywood’s impressions of the life of a truck driver. These movies portray danger, excitement, and exotic entertainment as regular parts of a truck driver’s life on the road. While the life of a driver may indeed be dangerous and exciting, few drivers will ever have to deal with arms traffickers or high-tailing it across the country with an illegal load of beer.

The danger for the modern driver comes from a different source entirely. In fact, it comes from the general public in small cars and trucks around him as he travels the Interstates, and from his on actions as a driver. America’s roadways are more crowded than ever before, and with the increased number of cars on the road comes a higher risk of being involved in an accident. However, there are ways to avoid this, and believe it or not, some of the same tools that can be used to make the road safer can also make it more dangerous. Let’s take a look at 3 of these items and see how they have affected transportation.

The advent of the GPS, or Global Positioning System, has allowed motorists to access driving directions to a destination on the go without the use of the the map. This has left Rand McNally somewhere in the dusty memories of the past for some motorists. However, for the serious, true-blue truck driver the Atlas is still the first line of defense in route planning.

Using a GPS to plan your route as a driver is a way to quickly determine which way you should go to reach your destination. While this might seem like a great idea, there are drawbacks to it. First, if you’re a truck driver, you will need a GPS that contains all of the information a truck driver will need to keep track of. For instance, you need to know if your truck is allowed to pass through the center of towns you will come to, or if you must take a special route to byass the town. Also, knowing where low bridges and weight restricted routes are locates is important. A standard GPS will not have this information, and a specialized trucker GPS could cost you more than $1,000.

GPS has caused drivers to become lazy and complacent in planning their routes. Drivers often fail to check their chosen path according to the Atlas to make sure they are legal. This can lead to trucks being on roads that are unsafe for them, driving over bridges that are not designed to hold the amount of weight the truck is carrying, and the possibility of being involved in an avoidable accident.

The use of cell phones has grown exponentially over the last decade and smartphones, such as the iPhone have made this even more apparent. Almost every driver on the road has a cell phone, and most of these are smartphones. While this definitely improves communication with family at home and the dispatcher in the office, it also offers a whole string of disadvantages that could be deadly at times.

Drivers often talk on their phones while driving, surf the web, or text their friends and family. While the smartphone has definitely boosted a driver’s ability to communicate, it has also endangered the lives of those around him. When a driver uses the phone to text someone, check a post on Faceboook, or read an article on the run, he is knowingly placing lives around him in jeopardy. Response time is cut by more than half when you focus on a phone, so avoid the danger and make your calls when you’re parked.

The popularity of laptop and tablet computers have brought them to the trucking industry. With everything from MacBooks and iPads to the Nexus tablets by Google, drivers have instant access to the Internet right from the cab of the truck. This is an awesome improvement over having to locate a truckstop with an Internet cafe so you could send emails home. Now you can Skype and video chat right from the driver’s seat.

However, this too presents a safety issue for other motorists. Drivers who watch movies, play games, and read ebooks while driving down the road are risking their lives, as well as those of other motorists around them. The use of a laptop to get proper driving directions, check the status of a load, or schedule service for your rig is a great way to utilize technology. However, when not used correctly it can actually cause you to become more at risk to not making it home at the end of the day.

Use your technology wisely. If you have a GPS, always check your route against the Atlas to be sure the system has all the relevant information. Use your smartphone only when you’re not operating the rig. Your laptop or tablet should never be on or in a position to distract you from the road. All of these tools can definitely boost your productivity as a driver, but you must use them responsibly. Take any one of these tools and use it irresponsibly and the results could be disastrous for you, or for someone around you.