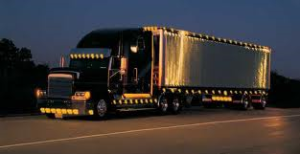 Some Florida truck drivers are not happy as the state of Florida is proposing new rules that would add more tolls, raise money for the state and cost truck drivers more for idling. According to sources, the 128 page passed through legislation with relative ease and now will stop at the desk of Florida governor Rick Scott.

More then likely, this transportation bill will be signed by Gov. Scott. Effective immediately after, the bill would authorize new tolls on newly built roadways. Both highway lanes and managed lanes could support tolls in the near future. A toll-by-plate or cashless system would be used to collect fees.

A separate provision would forbid the state from entering into any new lease-purchase agreements with any expressway authority or regional transportation authority. Agreements in place by July 1, 2013, would not be affected. Another provision would raise new revenue for roads via cellphone towers on state property. The Florida Department of Transportation would be authorized to partner with wireless companies that want towers near state roads.