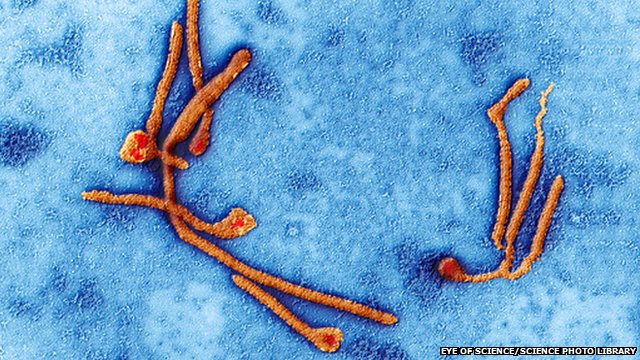 Ebola facts, Ebola stats, mind-blowing Ebola facts that just don’t make sense. For those that don’t know, Ebola is one of the most deadly diseases we’ve ever known to man and many label the terrible disease as a “death sentence.” Surely that’s true, right? Every time we read a newspaper, watch the news or look online, someone new is battling the deadly Ebola disease. The deadly West Africa breakout is claiming victims left and right. Your chance for survival in West Africa? Around 50 percent, give or take.

Look at the medical technology and the United States is more advanced then West Africa. However, West Africa is treating thousands of Ebola patients, they have the experience.  Don’t get ahead of yourself though, Ebola is dangerous and deadly. If a few more Ebola patients turn out in the U.S. and die, our survival rate would be just as low. Only a handful of American hospitals have treated Ebola and only a few are properly equipped.

At this time, the West African countries of Guinea, Sierra Leone and Liberia have treated over 9K Ebola patients. Over 4.5K have died so far from the disease. Early Ebola symptoms include fever, headache, body aches, cough, stomach pain, vomiting, and diarrhea. Because these could be symptoms of other diseases, it’s difficult to diagnose Ebola early on. The time it takes from exposure to Ebola to actually getting sick, known as the incubation period, is anywhere from 2 to 21 days, says UAB’s Pigott. Most people who are infected with Ebola will develop early symptoms eight to nine days after exposure to the virus, according to the CDC. Specific tests for antibodies against Ebola and viral DNA help doctors make a conclusive diagnosis.

Will the Ebola virus continue to grow here in the United States? Is Mexico and Canada safe? I give our allied friends much praise for canceling travel to West Africa, unlike the U.S. Why Barrack Obama didn’t cancel all travel to West Africa is beyond me. We haven’t heard about any new Ebola cases at this time, but only time will tell.

What does the outbreak mean for truck drivers? What about Texas truck drivers? For starters, don’t go to West Africa. Look at all the security measurements taken when someone is diagnosed with Ebola. This makes me question if people are hiding the fact that they have symptoms or went to West Africa. Is it possible to track down everyone you came into contact with? How is that possible?

You need to make sure you’re careful at all times. While the Ebola stats here at home are favorable, I don’t think anyone wants to go through the Ebola process. Even as drivers, it’s not a bad idea to wear gloves and protection when needed. Just saying. There’s always a danger, especially when 150+ people are still coming in the country from affected regions. Just pure stupidity.

The ACA or Obamacare Part Three of Five