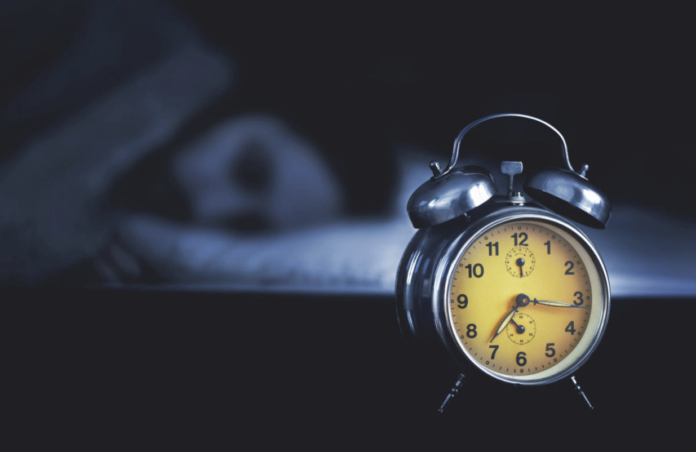 Sleep disorders around the globe are becoming an increasingly prevalent phenomenon. Some of the most commonly known sleep disorders include insomnia, sleep apnea, restless legs syndrome, narcolepsy, etc. It is possible to combat such sleep disorders by correcting one’s sleep schedule and making some changes in their lifestyle habits. However, failing to address such issues can in the longer run lead to a complete degradation of mental and physical health and may even lead to death.

According to a study published by the National Center for Biotechnology Information, the risk of death due to cardiovascular causes are heightened among individuals that have obstructive sleep apnea (OSA.) This form of sleep apnea, which is the most common among all other forms, is associated with troubled breathing due to blockage in the air passage. In OSA, there is an increased relaxation of muscles in the posterior part of the throat which disrupts regular breathing by narrowing down the airway. The term ‘apnea’ arises from Ancient Greece where it literally translates to ‘without breath.’ Apart from OSA, two other regularly observed forms of sleep apnea are Central Sleep Apnea (CSA) where the mind is unable to regulate signals required for breathing and Complex Sleep Apnea Syndrome (CSAS) in which an individual suffers from a combination of the two other forms of sleep apnea mentioned above.

Commercial truck drivers are also found to be at a heightened risk of developing such a form of sleep apnea with studies suggesting that one out of every three truck drivers in the US experienced symptoms of sleep apnea. According to a report by Freight Waves, about 35% of truck drivers are affected by the sleep disorder which is way more compared to the average of 4% observed among the general populace. Obstructive sleep apnea among truck drivers becomes a more serious health concern when the harms related to it are considered with respect to other sleep disorders. Such individuals are more likely to face accidents and motor vehicle crashes caused by a sense of tiredness and inability to focus or react properly.

Some of the common health concerns of this sleep disorder include headaches, daytime drowsiness, cardiovascular risks, troubled breathing, stroke, and difficulty in maintaining alertness and concentration. Sleep apnea among humans can give rise to a fragmented sleep schedule and affect the rapid eye movement (REM) sleep. REM sleep is crucial for learning, memory consolidation, cell restoration, emotional wellbeing, etc. There is an increased buildup of carbon dioxide with a simultaneous lowering of oxygen levels which can lead to a poor sleep quality and shortness of breath. Allowing this sleep disorder go untreated for long can culminate into serious health conditions like hypertension, cardiac risk, fatigue, and even erectile dysfunction. Such potential risks can seriously impact one’s job prospects as the drivers may end up losing their CDL license thus barring you from operating commercial vehicles until the time you are fully treated. However, drivers can still continue to drive if they are undergoing proper treatment and do not have trouble with their sleep quality. Failing to comply with the treatment can still lead to cancelling of issuing a Department of Transportation (DOT) medical certificate which is issued by a medical professional.

A survey by the American Transportation Research Institute which included about 800 commercial drivers found that more than 50 percent of the drivers had to pay some or all of the cost required for testing. The survey also found that even after going through the standard treatment procedure for sleep apnea using the Continuous Positive Airway Pressure (CPAP) machine, only 32 percent of the drivers were found to have experienced an improved sleep quality. The CPAP machine helps individuals suffering with obstructive sleep apnea to breathe better while sleeping by increasing the air pressure in their throat. This wearable device that covers your nose and mouth, has also been specially customized for truck drivers to help them sleep better and ward off the effects of sleep apnea. The CPAP therapy is considered as the most effective treatment which helps combat daytime drowsiness and signs of depression. According to a report by University of Michigan, the CPAP also helps deal with heart problems and lower blood pressure. People suffering with sleep apnea can also try using Casper pillow which is very breathable and provides a cool sleeping experience.

Once diagnosed, individuals can go for various other forms of treatments such as Mandibular Advancement Device (MAD) treatment, Tennis Ball treatments, surgery, etc. The “tennis ball” technique helps relieve the condition of sleep apnea by attaching a tennis ball placed in a sock or pinned to the back of your garment. MAD treatment on the other hand is the opposite of CPAP as it is the non-continuous airway pressure thus relieving against sleep apnea and snoring. Sleep experts however suggest that this mode of treatment doesn’t have as much of an effectiveness as CPAP for individuals suffering with a moderate to advanced level of OSA. The treatment of sleep apnea through surgery should be seen as a last resort where the tonsils are removed surgically and excess tissues in the throat are trimmed to allow more width in the airway. The process known as Uvulopalatopharyngoplasty (UPPP) can therefore help provide relief against the sleep disorder by providing more space for the air to pass and reducing the risk of tissue collapse.

The ACA or Obamacare Part Five of Five