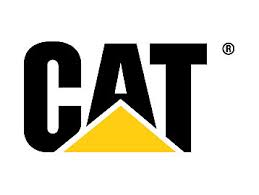 12 lawsuits have now been filed against Caterpillar Inc. over alleged defects with its C13 and C15 engines. In a new class action complaint filed in federal court in Michigan, defendant Ricky Williams claims he purchased a tractor with a 2007 Cat engine. He alleges in the complaint that he suffered engine and regeneration problems “resulting in substantial damages.”

Williams is claiming in the lawsuit that he started experiencing problems with their Caterpillar Regeneration System, also knows as the CRS, shortly after purchasing their tractors. This caused Ricky Williams and other class members to incur significant damages in the diminution of the value of their vehicles.

Paul M. Weiss of Complex Litigation Group LLC in Highland Park, Ill., stated that the MDL panel recently concluded that the cases would be heard in the U.S. District Court in New Jersey, which his firm supported. Weiss said that hundreds of truck drivers were left in financial turmoil due to associated cost from purchasing C 13 and C15 engines from Caterpillar. Some owners have even had to file bankruptcy.

“We think we have a good case. We have heard from hundreds of small trucking companies to larger companies who have all experienced problems that have caused them to lose money,” Weiss said. “All report downtime due to waiting for repairs to their trucks or that they were unable to deliver their loads because of regeneration problems. Many report lost profits because they were unable to take a load because their truck was in the shop.”

Catepillar Inc. asked federal judges to consolidate five proposed class action lawsuits filed against the company over alleged defects with its C13 and C15 engines purchased between 2007 and 2010 back in March of 2014. Caterpillar had requested that the U.S. Judicial Panel on Multidistrict Litigation consolidate and transfer the cases to the U.S. District Court for the Southern District in Florida.

Weiss said clients with the Advanced Combustion Emissions Reduction Technology, or ACERT, diesel engines claim they started experiencing engine breakdowns about every 20,000 miles. He said their buses or trucks would suddenly shut down to regenerate or repower and had to be towed to a Caterpillar-authorized repair facility because the computer codes and software were proprietary.