When Truckers Logic covered the story a few weeks ago, we learned that Amazon is serious about establishing a trucking fleet. When you invest in thousands of trucks and equipment, it’s hard not to take notice. Amazon has been a long-time online pioneer in retail and the company has been strongly guided for years. Recently, rumors have sparked statements such as “Amazon is losing its edge” or “Retail giant is losing money.” So why invest in trucking?

In all honesty, Amazon would be stupid if they didn’t invest in their own trucking fleet. In fact, this may be the company’s best decision.This may very well be the best decision that Amazon’s CEO Jeff Bezos has ever made. But with a company that has so much to lose, why now? Why Amazon? Why trucking?

With Amazon being such a large retailer, we know without question this is going to put a ripple in the trucking industry, Several trucking companies are on record stating that they are not worried about what Amazon does. However, some of them are not even associated to Amazon, so why would they care? Either way, Amazon is moving toward becoming a larger logistics company and their plans may even be greater.

In addition to the trailers, Amazon is reported to have registered for an ocean freight service, bought several airplanes, and tested drones for unmanned delivery. The company has took a big investment in logistics and there’s no turning back from this. Amazon will shake up the trucking industry. What we don’t know is the numbers, just exactly what Amazon will be capable of when it comes to revenue from trucking.

Amazon has the reputation, power and funds to go all out. The ball is in their court. We expect Amazon to come out strong and expect trucking companies to lose contracts. Even though Amazon stated that they will indeed have partnerships, it doesn’t mean that those relationships will be long-term. The company needs partners to get off the ground. When Amazon is stable and producing mass revenue, we may just see the end of all alliances.

Since last year, Amazon has continued to build to up its fulfillment-center network. The company has invested millions and all indicators point to Amazon’s serious actions to be authentic. The company will be crossing into territory historically owned by companies like DHL, FedEx and UPS. UPS, FedEx, and DHL: Both logistics and transportation sectors should take notice because we’ve never seen this space crossed by such a well known brand.

Think about it, Amazon makes a ton of sales through their online portals. Will you have your shipments delivered by Amazon? Of course, watch for shipping options to be minimal.

Amazon has already purchased dozens of logistic facilities. They are nearing 200 total facilities worldwide. In North America alone, they have over 100 such facilities. he company is slowly piecing together a plan that will reign global dominance. It allows the company to have precision customer service, fast deliveries and execution. The company can reach a wider audience. It couldn’t have come at a better time as no known logistics company is as well known as Amazon,

Lastly, we look at the one resource that has helped Amazon grow into a global enterprise, “investors.” We’ve all heard about Amazon investors. Trust me, all of them will be on board for this. Honestly, we already know this. So Amazon has everything it needs to compete with the biggest global brands in logistics. Now, Amazon is geared at taking over the world. 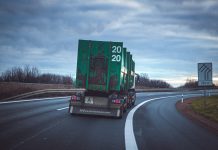 LCL freight: what it is and how to choose the best provider? 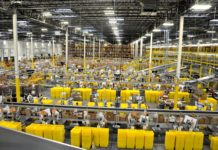 Should I Outsource My Order Fulfillment?

Should I Outsource My Order Fulfillment?

LCL freight: what it is and how to choose the best...