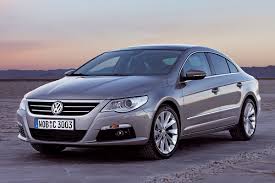 European car sales rose 4 percent in June mainly due to an economic recovery in southern Europe, new product launches and retail incentives boosted demand for mass-market brands. As most analyst agree that Europe is finally recovering, auto makers are rushing to take advantage of the new European opportunity.

Registrations in the EU and EFTA markets increased to 1.23 million vehicles from 1.18 million a year earlier, ACEA, said today in a statement. That marked 10 consecutive months of growth, a great sign that the former failing economy is once again stable. Europeans haven’t seen that type of growth since 2009-2010.

In the first six months of 2014, sales across the region rose 6 percent to 6.85 million vehicles, ACEA said. A large portion of money has been invested in European markets though and experts know that this is playing a role in car sales for the first 6 months.

The June rise comes from a low base and was spread unevenly across the region. Analysts also said that heavy discounting and other incentives were distorting the true level of demand. The European economy has struggled for some time now. Major carmakers knew that incentives had to be good to keep sales ahead or at least on pace YTD. Retail incentives across Europe’s top five markets increased 10 percent year on year to a record 2,748 euros, which is around $3,700 per vehicle in U.S. dollars, according to sources.

Peter Fuss, an Ernst & Young senior advisory partner, said: “Heavy discounting and other incentives for buyers remain a significant area of concern, as they continue to distort the true level of demand.”

Hyundai is a prestige European carmaker and has been for some time now. Allan Rushforth, Hyundai’s European operations head, had this to say reflecting on the future of auto sales in Europe “After a six-year slump in the European car market, an inconsistent and heavily incentivized recovery is better than no recovery at all. The dilemma for carmakers now is how they pursue future sales amid pricing pressure.”

Volkswagen continues to lead all carmakers in the European market, selling 2.5 percent more cars in the region. Both Skoda and Seat saw gains of 13 percent  and a 1 percent increase in the Audi brand.

PSA And Ford Down, GM Up

PSA/Peugeot-Citroen’s registrations fell 0.2 percent as a 3 percent rise in Peugeot brand’s volume failed to counter a 4 percent drop at Citroen.

Group sales by Renault are up 24 percent in June, including a 21 percent jump at the namesake brand and 32 percent increase at Dacia, helped by a revamped Duster SUV and Sandero hatchback, both very popular around Europe.

BMW sold 4.5 percent more autos in Europe groupwide last month as the namesake brand’s 7.6 percent gain more than made up for a 7 percent drop in the Mini nameplate. Sales of the 2-series coupe, available since March, and the 5-series sedan helped boost the BMW nameplate’s deliveries. The Mini lineup is being updated.

Toyota And Nissan Sales Up

The Role of Fuel Shutoff Solenoid For Your Truck