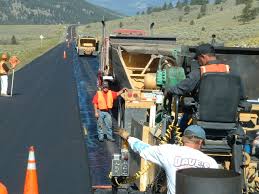 A $11 billion dollar Highway Plan was passed earlier in the week that will fund the Highway Trust Fund for a total of six months, but the bill does nothing to address the systemic shortfall in federal transportation and infrastructure funding. Once again, it is a short-term solution to a long-term problem, something we’re all use too.

There was no issue with the Highway Bill passing in the House as it cleared by a large margin, 367 to 55. This is a great indicator to the Senate, which also has a version of the bill in the works.

The Department of Transportation did send official letters out. stating that beginning Aug. 1, it would start restricting money for highway funding projects, including those already in the works. The DOT warned that barring Congressional action, thousands of jobs would be at stake. The nation’s highways employs thousands of workers that rely on a budget to pay wages. Without proper funding, these highway jobs can be lost.

After a long harsh winter, the country’s roads are in the worse shape we’ve seen in more then a decade. Since the summer is road season, the White House has said it supports the bill’s “continuity of funding,” but President Obama also said Tuesday the measure is Congress’ way of “kicking the can down the road” on highway funding. The $11 billion for highway funding covers only a percentage of what is really needed.

The Highway Plan is a small win but many things are left to question. Several influential conservative groups are against the bill. Both the Club for Growth and Heritage Action added the vote to their legislative scorecards, objecting to the use long-term funding to pay for the short-term repair of a broken program. It is obvious that they don’t see the highways as an issue, although that most trade travels on the open roads.

We’re were glad to see that the House Speaker is supporting the Highway Plan, although it’s at a small budget. John Behner stated the bill “is good news” for both construction workers and for highway users and urged the Senate to pass the bill, too. 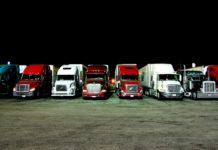