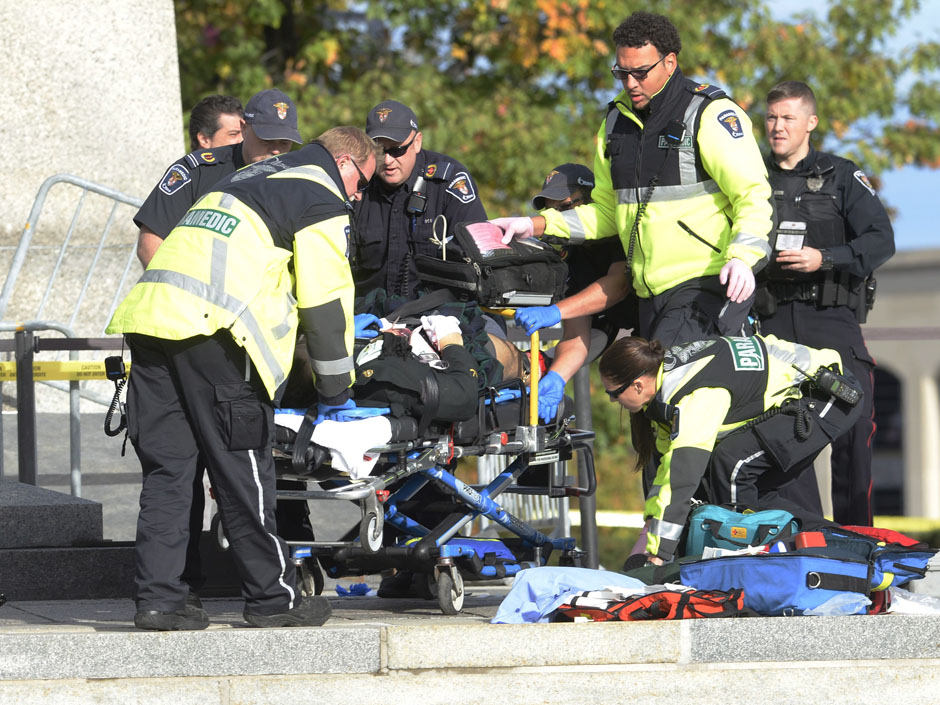 Welcome to another addition of Big Rig Talk, we’re glad to have you. Many of you likely heard about the Ottawa Canada terrorist attack. Early yesterday morning, a soldier guarding a hallowed war memorial was gunned down in Canada’s capital. Soon after, shots erupted in the halls of the country’s Parliament just minutes after.

The Ottawa shootings left lawmakers barricaded inside offices and parts of the city on lockdown for hours as police searched for suspects. Ottawa Police lifted the lockdown Wednesday night and said there was no longer a danger to the public.

But many questions remain about the shootings: Who was the gunman? Why did he open fire? And was he acting alone. Was it indeed a terrorist attack?

Ottawa Mayor Jim Watson did take time to talk to CNN’s John Anderson and stated that it appeared that there was only one shooter and that person has been killed. The Royal Canadian Mounted Police stated that it’s unclear if others will be arrested but we can expect to learn more as they’ll release information during a press release today.

The shooter? Michael Zehaf-Bibeau, whom was identified by Canadian officials. He was born in 1982, was a convert to Islam and had a history of drug use before he converted according to CNN sources. His passport had been confiscated by Canadian authorities when they learned he planned to go fight overseas.

The victim? Cpl. Nathan Cirillo. All our prayers go out to Cirillo and his family.

And what about Monday? On Monday, a soldier was ran off the road and killed. The man responsible was shot and killed. Are the two related? Nobody knows but if the Ottawa Canada attacks isn’t terrorist, then what is it?

FBI agents are already on high alert and as the holidays quickly approach, we can only wonder if the United States will be next. We already know that ISIS is recruiting here in America and any American that joins, well, you’re a dumbass. You want to go join them, the U.S. should by you a one-way ticket over. Shame on anyone that honestly believes that this type of behavior is acceptable.

Three others were injured and sent to the hospital yesterday morning but all of them are expected to recover. How do you recover mentally from this? I don’t know if you can, is it even possible? All North American citizens need to be prepared for the worse, threats have already been made so we need to be careful ,oving forward.