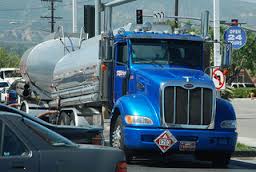 In a recent article in Today’s Trucking found here. They point out that the ATA (America Trucking Associations) has been closely working with the GAO (Government Accountability Office) to find out if the CSA scores handed out by the FMCSA (Federal Motor Carrier Safety Administration) are relevant to the smaller trucking companies. And the data that they came up with supported the idea that these CSA scores were not a true representation of what is really going on at these smaller carriers. And with the smaller carriers making up 95% of the trucking industry this could spell more trouble than just their CSA scores for these small companies. Especially when the new driver fitness requirements come out sometime this year.

It would appear that somehow the GAO got this one right. This being one of the first times that something with the word Government attached to it did get something right. It would be nearly impossible to judge the safety of a company when you have a very small sample size. So for instance if you had a company with 100 drivers, which would be considered a larger operation. And 10 of them got into some type of CSA scores violations. Well, this would mean that 10% of your company is troubled and in some situations could shut the entire company down. Now look at it if you had 10 employees and 2 of them received violations that went against the CSA scores. This would certainly spell doom for that little carrier.

Also, another item that the FMCSA isn’t taking into consideration. Is that some of these companies are using their CSA scores as ways of drumming up business. They are saying to these large shippers and receivers that they have a better safety record than say Swift or Knight and therefore they should be considered to haul the freight. Which I think would be a great tactic especially since the larger carriers have the ability to average out the bad drivers with the good ones. However, one should caution these bigger carriers that at some point they need to not only have a strong new driver training program and recruiting. But, they also need to have an awesome retention program. Because if they do not retain the good drivers to average out the bad drivers CSA scores then this could certainly spell trouble as well.

The bottom line for this revelation is, nothing. Honestly, do we really think that more government intrusion is the way to fix the trucking industry? I definitely believe that we need to have more accountability and stop rogue companies and rogue drivers from pushing these trucks too hard. We just saw a case of this last week in Illinois where a driver killed some people because he didn’t shut the truck down. I think education and oversight is definitely needed. But, all this extra stuff with CSA scores and new rules on our working hours is making it way more difficult for freight to get there. And at the end of the day that is all it is about. It is certainly not about another wasteful government program or study. It is about getting the freight there safely, securely and at the time it is needed.

The Benefits of Using Truck GPS Systems for your Business