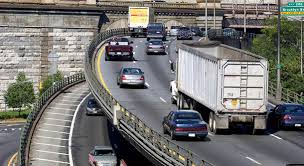 Welcome to another installment of Big Rig Talk. Our favorite segment here at Truckers Logic, where we talk about important topics and we keep it real. Congress has again offered another short-term solution to the Highway Trust Fund and some of the trucking industry’s leaders are speaking out. Late Thursday night, the U.S. Senate backed the House’s version of a bill that will provide $10.8 billion dollars for highway and transit projects. The Highway Trust Fund funding is coming at the height of construction season, a time when most roads go under construction.

The Senate voted 81-13 on the bill and the Highway Trust Fund will be funded through May 2015. The trucking community and Obama had once hoped for a passed bill that would have funded the Highway Trust Fund with over $300 billion dollars earlier this year but republicans once again seriously underbid such funding. Since the vote, there has been no shortage of responses from trucking industry leaders and interest groups calling for a longer-term fix rather than a patch on the problem.

“We’re disappointed that Congress has kicked the can further down the road when it comes to investing in our highway system,” said Sean McNally, vice president of communications and press secretary for the American Trucking Associations. “Despite the May deadline, we hope the House and Senate will act this year to provide sufficient funding for a robust, long-term highway bill.”

Although many were glad to see funding extended, many voices made remarks that suggest a long-term solution is wanted and needed. Former Transportation Secretary Ray LaHood was one of the many that voiced their opinion. “Today’s action in the Senate is crucial for our friends and neighbors across the nation whose jobs and livelihoods depend on the Highway Trust Fund at the height of the summer construction season,” LaHood said. “But at a time when America’s crumbling roads and bridges are causing constant travel delays and headaches, these short-term fixes are just plain short-sighted. The strength of our nation’s economy rests on Congress finding a long-term solution so we can repair and modernize our roads, rails and bridges for the long haul.”

The American Association of State Highways and Transportation Officials were also glad to see the bill past but urged for a long-term solution. “State department of transportation officials across the country are today relieved that the Highway Trust Fund will continue to support critically needed highway and transit projects through May 2015,” said Bud Wright, AASHTO Executive Director. “More than 660,000 jobs and at least 6,000 state DOT construction projects were at risk had Congress failed to act in time to ensure the solvency of the Highway Trust Fund. But while this short-term patch is an important step, Congress must keep America working and the economy moving forward by passing a long-term surface transportation reauthorization bill that is supported by a sustainable source of funding, as soon as possible.”

It’s no surprise to us at Truckers Logic that a short-term solution to the Highway Trust Fund was made. Why should we expect a long-term solution? We’re again suffering because the government can’t get along. No wonder we can’t see long-term progress because we can never see over the hill. We can’t make future plans down the road when we don’t know if funding will be there in the first place. Same old Washington, its been that way since Obama took office. I’m not blaming Obama either, it’s not his fault. It’s all those democrats and republicans that see red and blue. You should be ashamed of yourself.

This is not just a trucking issue, this is why our country is moving at a snail’s pace. Granted, the economy has rebuilt but we have lost a lot due to the government and their party ties. The people of the United States would do a better job running the government. Then again, so could a bunch of monkeys high on Scotch.