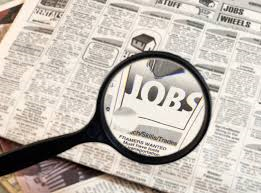 The Labor Department announced their April jobs report last week, one that many are viewing as a great sign that the economy is bouncing back from the slow winter months. The Labor Department report stated that 288,000 jobs were added in April, the highest total we’ve seen since January 2012. On top of that, we saw a 0.4 percent drop in unemployment, down at 6.3 percent from 6.7 percent.

The transportation sectors saw another solid month in April. 6,800 of the overall job gains in April were in the for-hire trucking business, while transportation and warehousing sectors gained 11,300 jobs. Other sectors also saw impressive jobs gains with 32,000 in construction, 12,000 in manufacturing, 35,000 in retail and 75,000 in professional and business services. All of these are solid number for transportation, although seasonal work could have reflected in the results.

36,000 jobs were added to March’s job totals, equaling 239,000 total jobs added. Although we’ve seen over 500,000 jobs added in the past two months, we only saw the economy grow 0.1 percent. “The decline was the result of hundreds of thousands of Americans dropping out of the labor force. The labor force fell by 806,000 in April, the largest monthly decline since October 2013, pulling down the participation rate from 63.2% to 62.8%,” Chief Economist Lindsey Piegza said. “After three months of improvement, the participation rate has fallen back down to December’s level, the lowest reading in more than three decades.”

Although the economy is lagging, these numbers are promising. Trucking sectors should continue to see seasonal growth as the winter months are long gone for most of the country. Transportation sectors continue to be the driving force of the economy and we see no difference for the rest of 2014.

License Plate Readers For All Drivers?