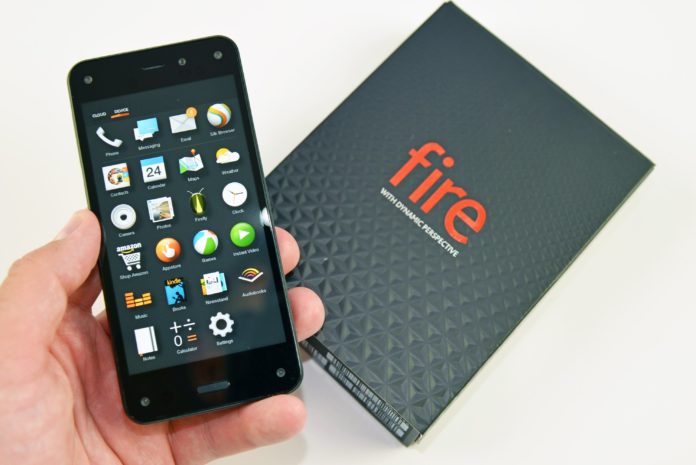 Amazon, the world’s largest online retailer, has a new product coming out in late July. The Amazon Fire phone will hit stores July 25. However, you can pre-order your Amazon Fire Smartphone today by scrolling to the bottom. Trust me, these will be sold out quickly.

The Fire Phone from Amazon is the company’s way of competing with other top-name smartphone brands. Amazon, though, is adding its own flare, making it stand out among competitors who have dominated the market so far. 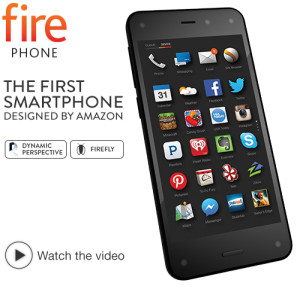 Amazon says it has a new perspective to offer. The new Amazon Fire phone will have a dynamic perspective that will allow users the ability to access shortcuts with only one hand. Tilt, auto-scroll, and peek are three features you can only find on the Fire phone.

Tilt the screen to access menus that bring up options such as adding photos to texts or finding lyrics to songs.

Swivel allows you to see your notifications and gives quick and easy access to utilities such as the flashlight. Peek is a unique feature that will allow your screen to remain clean and neat, only showing extra details when you need it.
All of these features are accessible with only a quick flick of the wrist, allowing for one-handed use of your smartphone. Add these features to an immersive game, and you have the ability to turn the screen left, right, or up and down, to see what your character would see.

The Fire phone from Amazon also comes with new technology called Firefly. Simply press a button on the side of the phone and you have instant access to contacts and internet. The Firefly technology has instant recognition of movies, TV shows, and music, giving the user information on anything from actors, song artists, albums, and more. Another feature of Firefly is the ability to quickly add items to your Amazon Wish List, or allowing you to place your order from your phone.
Amazon’s Fire OS 3.5, the OS made distinctly for the Fire phone, gives you the ability to stay organized and connected. Connect quickly to Outlook, add appointments to your calendar, and easily stay in touch with all your contacts, either work or personal.
The Amazon Fire phone has something for everyone. Stay connected to friends, family, or work. Plan and organize your time, browse the web, or stay up-to-date on news and entertainment.
The Fire phone from Amazon has a 2.2 GHz Quad-core Snapdragon 800 CPU. This will allow for extremely fast launching of apps, fast load time for websites, and the ability to switch between tasks quickly. The Adreno 330 CPU enables fast graphics and immersive gaming. That coupled with its 2 GB of RAM gives it plenty of power.
The 4.7 inch screen, larger than many competitors’ smartphones, allows for clear viewing with 1280 x 720 resolution. It comes with an ultra-bright display which allows for easing viewing both inside and outside.
The 13 megapixel camera shines bright compared to leading smartphones and is sure to create clear and sharp pictures. Launching the camera when the screen is off only takes about a second. Push the button on the side and it will start right up. Fire phone lets you know when you should turn on HDR for better pictures and takes the guesswork out of picture-taking. And any picture you take with the Fire phone from Amazon is stored in the included free and unlimited cloud storage.
Videos taken will also be sharp with the 1080 HD, 30 fps camera. There are two speakers with Dolby Digital Plus included. The new Fire phone from Amazon also comes with all of the things you would expect out of a smartphone. Wi-Fi and Cellular, GPS, and cloud storage are some of the features you will see with this phone. The strong battery gives you up to 285 hours in standby, 22 hours talk, 65 hours of audio, and 11 hours of video.

Amazon’s new Fire phone pulls out all the stops. New to the industry as far as smartphones, Fire is sure to compete at the top of the market. The Fire comes in 32GB and 64GB. The 32 GB will cost you $199 with a contract from major cell phone companies, comparable in price to many 16GB smartphones.

The 64GB will sell for $299 with a contract. Want to buy it outright and not worry about a contract? The 32GB will set you back $649 while the 64GB goes for $749. If the outstanding specs and features aren’t quite enough to sell you on this phone, Amazon includes Mayday, their customer service. If you have a problem, someone will be available to help you within 15 seconds.
Still not convinced? For a limited time, Amazon Fire buyers will receive a year of Amazon Prime. Included in that is unlimited streaming of tens of thousands of movies and TV shows. Listen to music on the go, or borrow a library as often as once a month. Currently, Amazon Prime customers pay $99 per year for this service. With everything this phone has to offer, I predict that the Fire phone from Amazon will quickly lead the smartphone market, with plenty of room to grow.