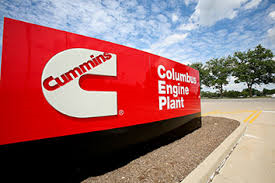 Engine maker Cummins Inc. is expected to start hiring this year at their Columbus, Indiana factory for production of their 5.0 V8 engines. The new, small diesel engines will power the new generation of full size Nissan pickups. Cummins CEO Tom Linebarger said production of the 5.0-liter V-8 engine will also be available to other manufacturers other then Nissan. Early engines for school buses and cargo vans will be produced this year, Nissan’s engines won’t start until 2015.

In related news, DOT Secretary Anthony Foxx announced that General Motors has agreed to pay a $35M fine over the latest recalls from G.M. involving their faulty ignition switch. G.M. admitted that they knew about the defect but didn’t take action. More fines are expected for G.M. as they are still under investigation. At least 13 deaths are to blame for the faulty defect, likely to cause G.M. more. The newest recalls puts the total to over 11 million vehicles.

Consumer confidence has fail from all-time record highs of 84.9 percent, falling to 81.8 in May. Higher prices in food, oil and higher energy cost are to blame for the drop. Despite the rise in labor and added jobs, many people are still insecure about their finances. There’s a lot of uncertainties in the markets right now, many are expecting a sharp decline. Although the 3.1 percent drop was viewed as a warning, consumer confidence in general is still high. 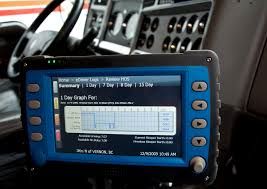 The FMCSA has extended the ELD comment rule to June 26th from May 27th. The additional 30 days will give the public more time to weigh in and comment. As of now, 936 comments have been received, according to FMCSA, ranging from statements that ELDs are a “hindrance to doing business” to being like criminal having to wear an ankle bracelet. We’re hearing that very few are in support of the new ELD law, not surprising at all.

The U.S. Department of Transportation this week updated its online Highway Trust Fund (HTF) Ticker, showing the HTF is continuing its trend to be out of money by late August and drop below a $4 billion balance around July 25, the American Association of State Highway and Transportation Officials reports in its Journal. According to the DOT, the highway account of the HTF began Oct. 1, 2013, with a balance of $1.6 billion cash. Soon after the start of the fiscal year, the account received a $9.7 billion transfer from the General Fund. The cash balance has dropped by more than $3 billion since then, leaving the Highway Account of the HTF at $8.7 billion as of April 25.

Highway Trust Fund At The Forefront Again – Gas Taxes To...