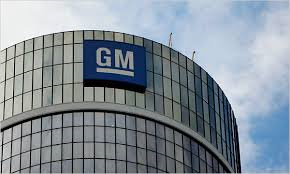 Department of Transportation Secretary Anthony Foxx has just finished his press release concerning General Motors and their massive recall and defects. Just as we expected, Foxx was calm, firm and to the point when he announced the news minutes ago. DOT Foxx announced that G.M. has agreed to pay a $35M fine for not reporting the incident in a timely matter.

“Safety is our top priority, and today’s announcement puts all manufacturers on notice that they will be held accountable if they fail to quickly report and address safety-related defects,” Transportation Secretary Anthony Foxx said.

The record fine is the maximum allowable under law, but regulators are pushing lawmakers to increase that level to $300 million. G.M. is also facing a $7,000 daily fine over its failure to fully answer 107 questions that the National Highway Traffic Safety Administration had asked. G.M. is still under investigation and fines may still be in the company’s future.