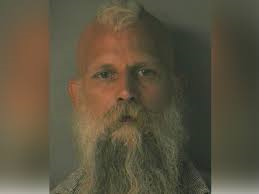 New Hampshire dump truck driver Kyle Witty has been arrested on a manslaughter charge in connection with a dump truck-car collision that killed a woman driving an SUV. 43 year old Kyle Witty, from Cornish, turned himself in to the Merrimack police around 10 in the morning after police issued a warrant for his arrest.

Police said the collision happened early July 16 on Route 101A at the intersection of Continental Boulevard. Police said Witty, who was traveling eastbound on the roadway, failed to stop at a red light entering the intersection, causing the collision and the death of 60 year old driver, Elizabeth McQuinn. She was driving a SUV when the dump truck struck her. She was pronounced dead at the scene.

Kyle Witty was released on $50,000 personal recognizance bail pending his arraignment on July 29. Sources stated that around 600 people attended Elizabeth’s funeral. As for Witty, he’ll learn his fate next week.